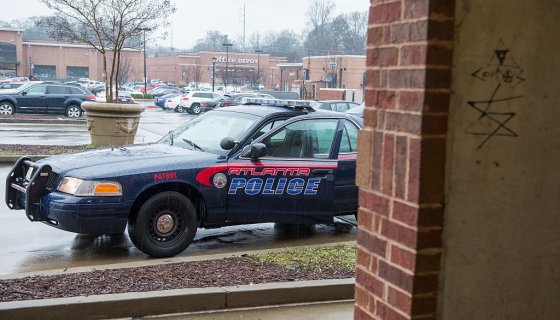 Some members of the Atlanta PD are BIG MAD because one of their own deservingly so got slapped with murder charges.

Following fired Atlanta PD officer being hit with 11 charges following the shooting death of . According to insiders within the force, there was an “unusual number” amount of officers calling out “sick” and not even responding to calls in several of the city zones.

When news of the “call outs” hit social media, the Atlanta Police Department was prompted to actually issue a statement on Twitter addressing the issue calling the claims inaccurate. According to the tweet, the “department was experiencing a higher than usual number of call-outs with the incoming shift,” and they had enough resources to handle any incidents.

Earlier suggestions that multiple officers from each zone had walked off the job were inaccurate. The department is experiencing a higher than usual number of call outs with the incoming shift. We have enough resources to maintain operations & remain able to respond to incidents.

Speaking with CNN’s , Atlanta Mayor said morale withing is down “ten-fold,” but she asked officers to “honor their commitment” and that she plans to give officers a pay increase.

“There’s a lot happening in our cities, and our police officers are receiving the brunt of it, quite frankly,” Bottoms said, “We expect that our officers will keep their commitment to our communities.”

“Our streets won’t be any less safe because of the number of officers who called out. But it is just my hope again that our officers will remember the commitment that they made when they held up their hand, and they were sworn in as police officers.”

Garrett Rolfe shot and killed Rayshard Brooks following an altercation with him after they found him sleeping in his vehicle while in a Wendy’s drive-thru. During a press conference announcing the charges, Atlanta District Attorney, Paul Howard claimed Rolfe kicked Brooks after he shot him and said, “I got him!”

Rolfe was charged with felony murder, five counts of aggravated assault, four counts of violation of oath of office, and one count of criminal damage to property.