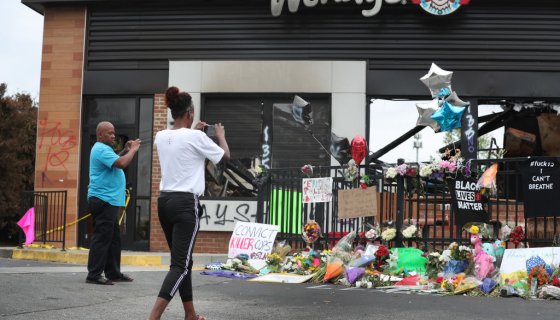 More details are emerging regarding the murder of Atlanta man . It has since come out that the officer that fired the fatal shot had a record of misconduct violations filed against him.

The Atlanta Journal-Constitution shared in a new report that former Atlanta PD officer Garrett Rolfe was slapped with a dozen misconduct violations, including excessive use of force.

Rolfe, 27, was a seven-year veteran of the force and was reprimanded in 2017 for a use of force with a firearm violation, the only such occurrence on his record.  Among the 12 complaints, all but three were dismissed after internal investigations were launched.

AJC added in its reporting that the officer who arrived on the scene first, Devin Brosnan, did not have a disciplinary record.