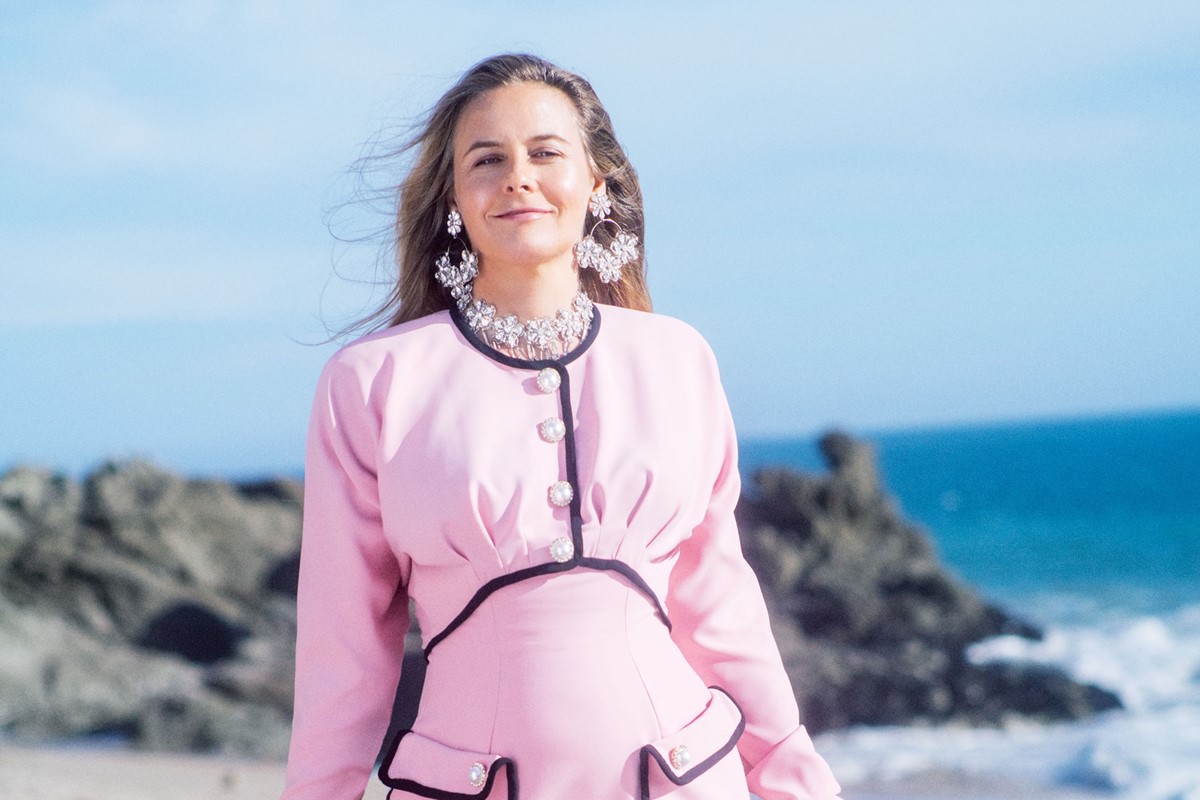 In-keeping with the timeless style of Silverstone’s alter-ego from the film, Cher Horowitz, the collection itself serves a series of cheerful looks, featuring bright pops of colour and floral prints. A pastel pink dress with black trim wouldn’t look out of place in her virtual closet.

Silverstone also says that Rodarte’s designs chimed with her ethical approach to what she wears. “I’m most interested in sustainable clothing. Compassionate choices that don’t hurt animals or the earth when making pretty things,” she tells Vogue. “That’s always my first priority when shopping for myself, and of course, I like to look and feel good, and I appreciate beautiful things and the art of fashion.”

The AW21 shoot continues something of a tradition for Rodarte. In 2019, the LA-based brand looked to another cult teen movie — 2000’s Bring It On — to inspire its SS20 campaign, which reunited rival cheerleaders from the film, Kirsten Dunst and Gabrielle Union.

Of course, Clueless is an obvious source of inspiration anyway. The film’s lasting impact on the world of fashion (and beauty) is well-documented, most recently crossing over to the music industry, via Harry Styles’ yellow plaid jacket at the 2021 Grammys.

View more images from Rodarte’s lookbook in the gallery above.