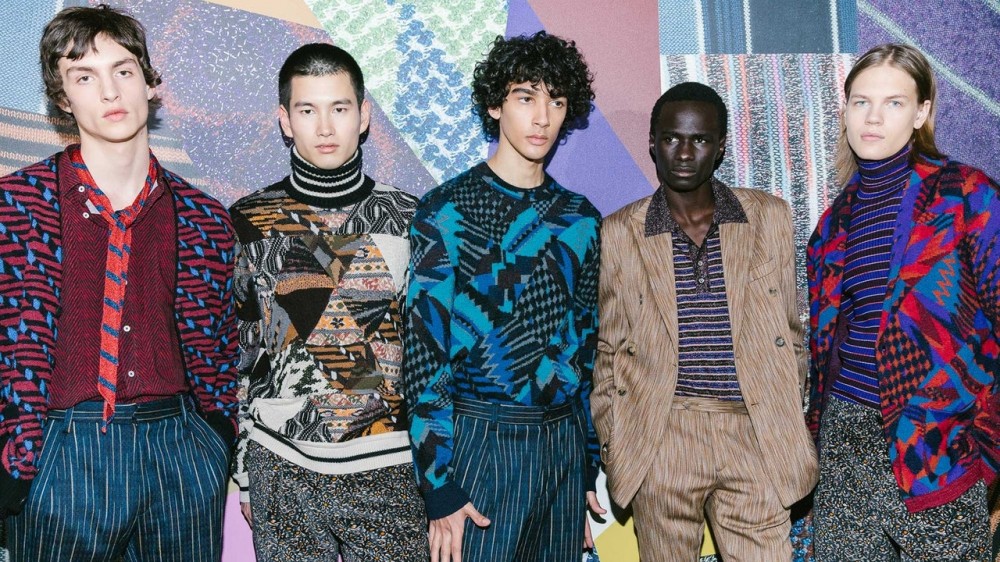 Back in 1953, a young newlywed couple named Ottavio and Rosita installed four knitting machines in a basement studio a few miles away from the newly opened Milan Malpensa airport. Their fledgling company was christened Maglificio Jolly. That name, however, didn’t last beyond 1958, when they were invited to graduate from anonymous contract orders to present a collection under their own label for La Rinascente. Their label, the couple decided then, should bear the same name they shared as husband and wife: Missoni.

The Missoni story has had many, many notable chapters since. Just the latest, as told in the fashion trade press today, is that after 24 years as creative director Angela Missoni, daughter of Rosita and the late Ottavio, is “stepping down” (or arguably up) from the position to become president of the company. Reading between the lines of today’s WWD interview with the brand’s CEO Livio Proli, who was installed during the first Italian lockdown after working at Giorgio Armani for a decade, the plan is to introduce a new designer. And in Milan the word is that a headhunter has already started approaching other established creatives, both there and in Paris. Missoni, Proli said today, needs to be “dusted off and made more relevant and cool.”

To have Missoni’s creative output authored by a non-Missoni is hardly a new notion. After all, its first runway show in 1966 was designed by the New Wave pioneer Emmanuelle Khanh. In Khanh’s hands the uniquely light and liquid zigzag knits the Missonis had invented by retooling Raschel lace machines were cut into languid yet sporty separates, a look the press called “put together.” The following year, when they showed at Pitti, it was Rosita’s fateful decision to ask her models to remove their underwear in order not to compromise the collection’s silhouette: On the runway the lighting rendered Missoni’s gauzy, silky knits transparent, sparking a bared-nipple uproar a full year before Yves Saint Laurent repeated the trick on purpose. The furor caught the eye of Vogue editor Diana Vreeland, who became a lifelong Missoni supporter and wearer, and said of Ottavio’s kaleidoscopic patterns: “Look! Who said that only colors exist? There are also tones.”

Today’s announcement is also a matter of tones: Angela Missoni, 62, has had a strong run as creative director, honoring her parents’ legacy while lightening the garments still further, and she most definitely merits some time off. From the sounds of her interview with Tim Blanks on Business of Fashion this morning, she has found the process of stepping away at first conflicting: “I had a moment when I was anxious and then all of a sudden I started to sleep very well.”

While we wait to discover who Missoni’s new chief designer will be, womenswear creative duties will rest in the hands of Alberto Caliri, who has worked alongside Angela for the last 12 years. Over in menswear, Mayur Ghadialy has been consistently excellent for many seasons. Which begs the question: How exactly could a new designer “dust off” Missoni? To me, the answer lies in Missoni itself, which like many other Italian family companies that grew out of the 1950s and 1960s is now torn between the often ponderously worn, age-won status as a “heritage” brand and the attributes that won it success in the first place: flexible thinking, an instinctive design sensibility, social rapport, and technological innovation. Even before he cofounded Missoni, for instance, Ottavio was designing and manufacturing knit tracksuits: When he met Rosita while representing Italy as a 400-meter runner in the 1948 London Olympics (he finished sixth), he had also arranged for his fellow team members to be outfitted in his garments. Missoni was making fabrics that are simultaneously performance and performative, combining fluidity and fiercely attractive, organically rendered pattern and color, long before the common adoption of sportswear as daywear.

In a 2011 interview to mark his 90th birthday, Ottavio said of his children: “I never pushed them to pursue this career, but I’m happy because they chose the company themselves. And we all agree it’s a family firm and it must remain as such. We are not capable of creating a huge company. I always say that you can launch a boat that weighs 100,000 tons, but then you must sail it and have the right crew.” As Angela sails away into a deserved period of post-runway tranquillity, the good ship Missoni awaits a new creative captain to navigate the waters ahead.