Just one day after the reveal the MiniBrute 2, Arturia has announced another MiniBrute synth. Named the MiniBrute 2S, the instrument swaps a traditional keyboard for performance pads and a sequencer that can be recorded in real time.

Although the MiniBrute 2 also has a sequencer, this one is more powerful on paper. As well as saving note data, the sequencer will save LFO, envelope, gate, control voltage and pitch changes. It has space to remember 64 sequences (each which can be set to different lengths) that can be chained together. 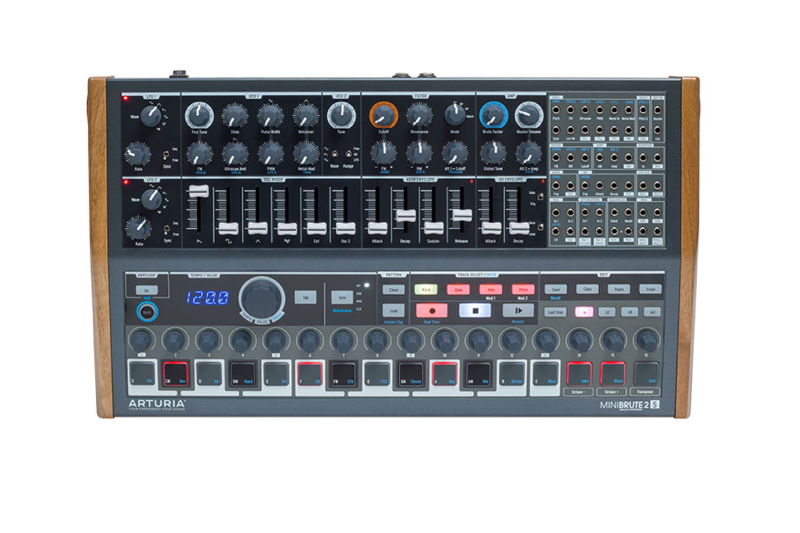 Aside from the change in input method and upgraded sequencer, the MiniBrute 2S is the same two-oscillator semi-modular analog synth as the new MiniBrute 2, which has its own patch bay for re-routing sounds internally or plugging in a Eurorack modular system.

There’s not really anything comparable on the market at this price point – especially with such a feature-packed sequencer – so it could also prove quite popular with Eurorack owners looking for something that can control their rig. It launches in March and will cost the same amount as the MiniBrute 2: $649/€649.