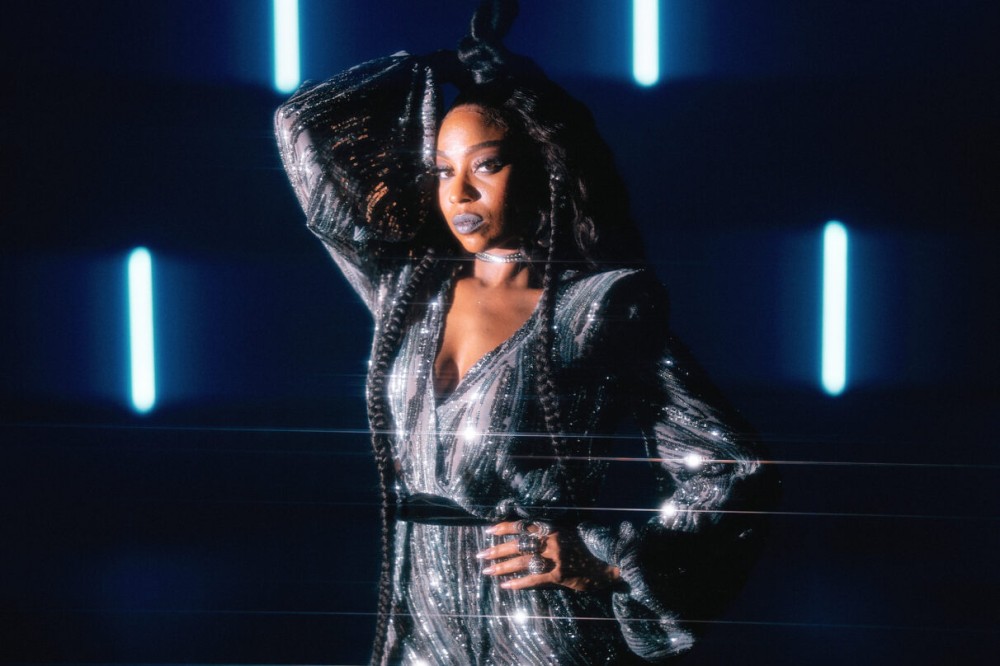 Last week, we were blown away with “Na Na Na,” but Gloria “Goyo” Martinez is not done yet! The frontwoman of ChocQuibTown is starring on HBO Max’s Latine-centric concert series, En Letra De Otro.

The music-centric documentary series was created in partnership with HBO Latino to spotlight Latine musicians. The first episode aired in 2019 with a performance and interview with the now-retired Farruko. Goyo’s episode marks the first female-led episode of the series.

As a part of her solo episode of HBO’s En Letra De Otro, Goyo is performing her new solo single “Na Na Na,” a snippet of which appears in the trailer. Goyo describes the track to Rolling Stone as “powerful and strong… Una canción que te saca los cojones.”

“Backed by pulsing percussion patterns and a voluminous, indelible hook, the single puts protecting your own agency and autonomy at the forefront,” wrote Nayeli Portillo for Remezcla about “Na Na Na.” “In a genre rife with songs that commodify women’s desires and sexualities, Goyo is here to ultimately push past and shatter those patriarchal confines.

Gloria “Goyo” Martinez has broken barriers as an artist and the show-stopping frontwoman of the Grammy-award winning trio ChocQuibTown, a band from Colombia that has always put Black music traditions at the center of its music. Now, she’s on HBO’s En Letra de Otro. #HBO pic.twitter.com/hNXf3LUQwF

Aside from “Na Na Na,” Goyo will be performing previously written songs from her hometown of Condoto, Colombia. If the trailer is any indication, viewers are in for a larger-than-life spectacle, with sets including Goyo half-submerged in a river in Conodoto, a neon light-drenched rave, and a 1920s speakeasy-style featuring the singer as the star songstress.

Moreover, Goyo also shares in the trailer how empowered she feels to be in this position, saying: “Being able to retell the story of Goyo allows me to make a new version of the songs that have been a part of the soundtrack of my life.”

The episode is sure to be an event that celebrates all of Goyo as a person – from her rich Colombian roots to her uncanny ability to captivate an audience.

You can watch Goyo’s special on March 4 on HBO Max. In the meantime, check out the trailer below.