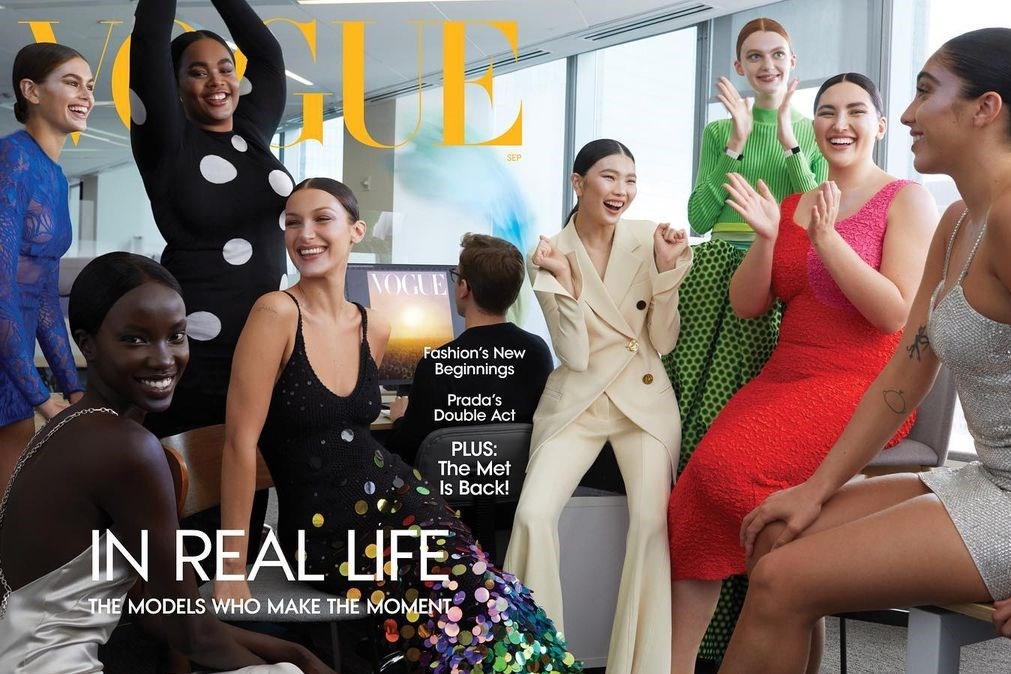 It goes without saying that fashion has a long way to go when it comes to true inclusion and diversity, but little by little the industry is making headway. Case in point: Ariel Nicholson’s star turn on the buzzy new cover of the September issue of American Vogue, which got its debut across social media yesterday (August 5).

Featuring alongside a line-up of rising and established new-guard supermodels including Bella Hadid, Kaia Gerber, Lourdes Leon, Anok Yai, and Precious Lee, Nicholson’s inclusion marks the first time a transgender model has starred on the cover of the US edition of the magazine. She follows in the footsteps of Laverne Cox, who covered British Vogue in 2019, and Valentina Sampaio, who covered Vogue Paris in 2017.

The cover shoot, which is styled by Gabriella Karefa-Johnson and lensed by Ethan James Green, sees the models in situ in the Vogue office. As they strike poses in looks by Puppets & Puppets, Conner Ives, Proenza Schouler, and Christopher John Rodgers, the mag’s staff go about their daily business – pulling samples from the fashion cupboard, art directing the new issue’s pages, and even taking video calls from Anna Wintour.

Speaking on the history-making cover in a post on her Instagram, model, writer, and actor Nicholson wrote: “Feeling unbelievably blessed to be a part of Vogue history as the first trans person to be featured on the cover of American Vogue. I’m grateful to work alongside legends. I’m grateful for the communities that have shaped me and inspire me every day.”

Inside the pages of the mag, she also delves deeper into “identity, visibility, and creativity” with Gerber and fashion writer Maya Singer.

Check out the cover in the gallery above