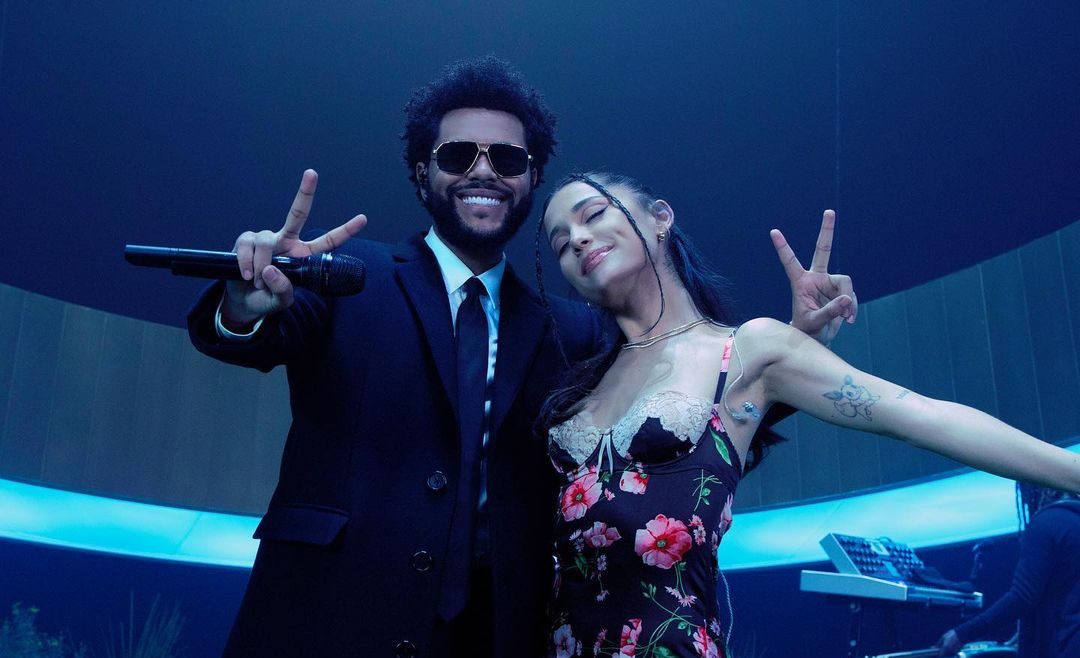 Ariana Grande posted an enchanting performance of herself featuring The Weekend on her official YouTube Channel. The two sing their hearts out to “Off The Table,” a song included in Grande’s latest album titled “Positions.”

As you may know, this isn’t the first time the duo shares a stage together. On the contrary, their previous collaborations have gained massive popularity over the years going all the way back to 2014 with their hit “Love Me Harder” until just recently when Ariana duetted with the Canadian artist on the remixed version of his brand new song “Save Your Tears.”

If you’re craving some beautiful harmonic melodies, be sure to watch their performance on YouTube.