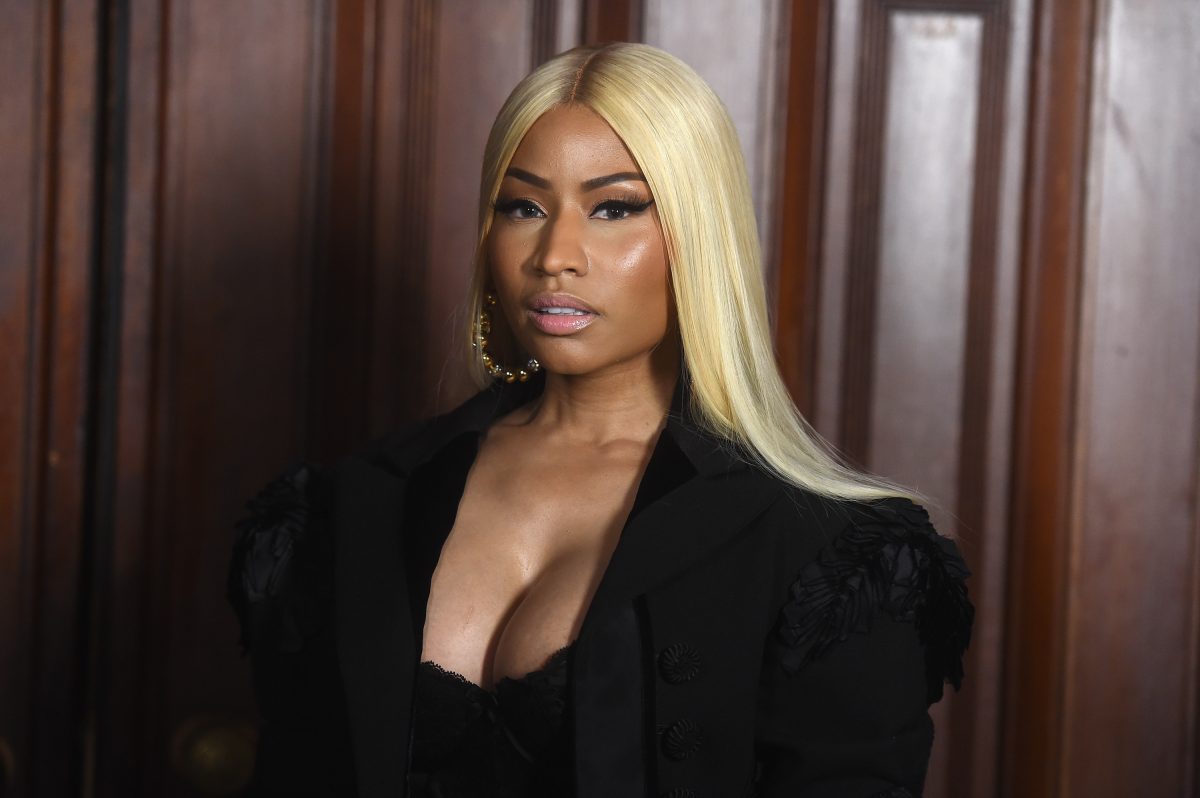 It’s been about three years since we’ve gotten any solo music from the queen Nicki Minaj, and while we are waiting patiently for that – do y’all know what would actually be the cherry on top of it all? I’m talking about a collaboration with the one and only Bad Bunny, obviously! During Power 98.3’s The Dana Cortez show that premiered Feb. 1, Nicki hinted at just that – and we can’t stop thinking about it.

.@NICKIMINAJ says she looks forward to working with Bad Bunny in recent interview with @DanaCortez! pic.twitter.com/vdNyjNQqWT

“Being a Mexican-American, being a Latina, I was so excited when you got together with Karol G and you guys did ‘Tusa.’ I have to ask you – and I don’t know if this is a possibility if you’ve thought about it or whatnot – would you ever do a collaboration with Bad Bunny? Is that something you would think about doing?” Cortez asked Nicki about her upcoming music.

“Of course! What! Of course!” the “Chun-Li” rapper replied with an excited face. Cortez then goes on to say that that could be a “magic” collaboration waiting to happen, being that she’s one of the best rappers. “He got a dope vibe. I love! What I love most about him – not only is he a hitmaker – but he knows who the fuck he is and he don’t give a fuck how you feel,” she continued.

Like Cortez mentioned in the conversation, it wouldn’t be the first time she collaborates with one of Latine’s most popular artists. We’ve seen the impact that La Bichota Karol G’s “Tusa” did for both their careers – it became the first song by two lead female artists to debut No. 1 on Billboard’s Hot Latin Songs in 2019.

So, can you imagine a track with Puerto Rico’s hottest icon? That would surely break the Internet. I mean, imagine all the Nicki Minaj “Barbz” stans discovering Benito’s verses? I know we’ve gotten a little preview with the “Krippy Kush” remix, but an actual collaboration would take it to the next level.

Another subject that Nicki Minaj touched upon during the interview was that she is finally in a balanced mental space that will allow her to continue her musical career. Let’s hope this includes a Bad Bunny collaboration in the near future!