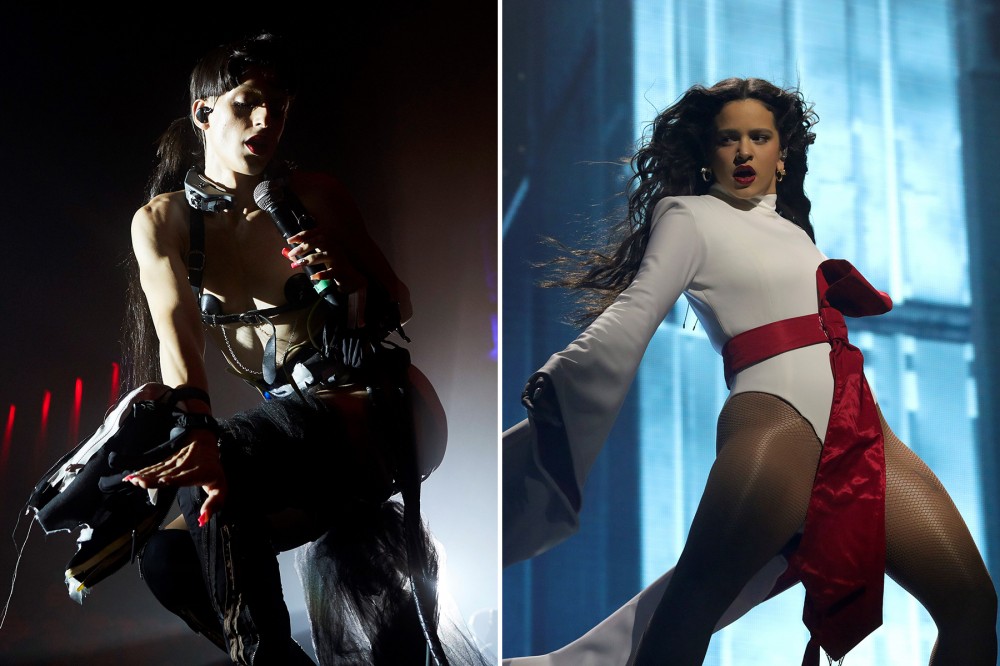 Gearing up for the release of her new album Kick I, electronic artist Arca has dropped “KLK,” a shimmering new track featuring Rosalía.

The song features the Spanish star singing with Arca over dizzying electronic beats; it was released alongside an instrumental version produced by Arca’s long-time collaborator Cardopusher.

Arca and Rosalía first collaborated at last year’s Latin Grammys, when Rosalía sampled the Venezuelan non-binary artist while performing “A Palé” from 2018’s El Mal Querer. On Sunday, the duo premiered “KLK” and spoke about the new song on Instagram Live.

In a new post, Arca likened the sub bass on “KLK” to the furroco. “The furruco is an autochthonous musical instrument that is played via friction of a rod attached to a large drum head,” she wrote. “When rubbed, it produces a big sub bass pulse that marks the tempo for the whole gaita group — gaita is typical Venezuelan music. I played furruco for years in the gaita groups of my school and music academy I went to, and it influenced me a lot. Venezuelan music has always been with me, and I’m so grateful to have studied some of its musical stylings.”

Arca will release Kick I on June 26th via XL Recordings. In addition to Rosalía, the album features contributions by Björk, Sophie and Shygirl. “KLK” follows the lead single “Time,” which was accompanied by a video from her September 2019 Mutant;Faith performance cycle at the Shed in New York City.

Gearing up for the release of her new album 'Kick I,' electronic artist Arca has dropped "KLK," a new track featuring Rosalía.