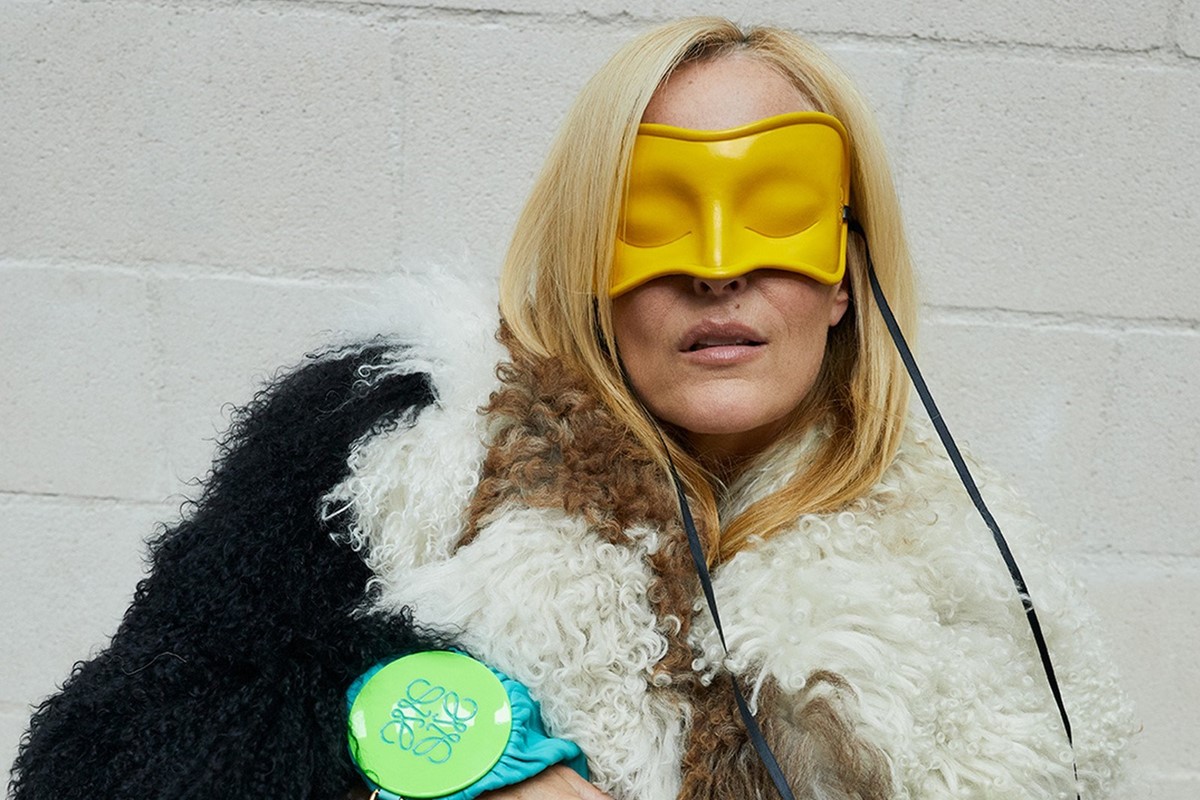 Donatella Versace offers some valuable life advice, and GmbH brings its classics back for a pre-collection

Ahead of his SS22 Loewe show in Paris, JW Anderson tapped Arca, Gillian Anderson, and Tracee Ellis Ross to front the label’s new accessories campaign. Lensed by longtime collaborator Juergen Teller, it was all about creating a portfolio of people who “capture the spirit of our time”, spanning London, Seoul, Shanghai, California, France, and New York. More than an insight into Anderson’s rolodex, the images read as a snapshot of the designer’s expansive references and technicolour interests – the British surrealist Anthea Hamilton, performance artist Justin Vivian Bond, author Susanna Moore, and Korean popstar HyunA also feature. The campaign showcases Loewe’s reinvented Amazona bag, which was first created in 1975 in response to the burgeoning women’s rights movement in post-Franco Spain. Its sturdy, handled design, which now comes in jacquard weave and lime green, was thought to accommodate a new wave of working women. And that message still endures today: “independence, empowerment, and inclusivity.”

Elsewhere this week, fashion month reached its final destination in Paris, with Olivier Rousteing celebrating ten years at Balmain with a bevy of supermodels. Cardi B proved a rival to the city’s runways, though, stepping out in archival Thierry Mugler and surreal looks courtesy of Schiapparelli and Richard Quinn. Riccardo Tisci also took a step towards the outlandish, adorning doe (or Dobby) ears to his SS22 models, while Donatella and Kim Jones unveiled their Fendace “swap”, and an online stranger revealed ASAP Rocky’s Met Gala robe was, in fact, their grandmothers. For everything else that may have passed you by, flick through the gallery below.