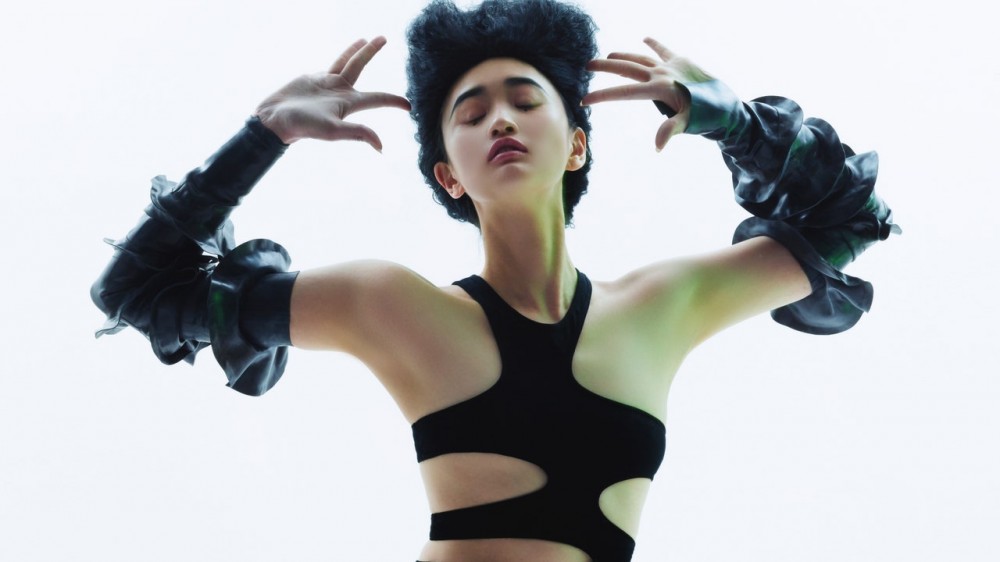 Launching a new retail enterprise in the middle of a pandemic may seem a terrifying venture all on its own. Expanding less than a year later, however, could be read as downright madness. Yet for Ying Suen and Jules Volleberg, who launched their multi-brand online fashion retailer APOC Store last August, imagining their project as something flexible and ever-evolving is exactly what ensured its surprising success. (Their lineup of designers numbered around 50 at their launch last year. Already, the roster has swelled to 120.)

By inviting their designers to use APOC as a platform to reach customers directly rather than as a retailer holding stock—almost like a smaller-scale, direct-to-consumer Farfetch—Suen and Volleberg’s model allows them to offer a wide range of buying options. Having pre-orders, one-offs, and made-on-demand products bypasses the often crippling costs required to meet the minimum orders required by most stockists. And last week, the pair debuted the next phase of their inventive vision for the future of fashion retail: a series of six designer collaborations spanning knits to jewelry, ceramics to conceptual brooches.

“Since we launched last year, we’ve come to understand why we wanted to start APOC in the first place even more clearly,” says Suen. “We were feeling really fatigued by the industry and working ridiculous hours for other people. We also knew that young designers felt the same, running their labels whilst simultaneously working other part-time jobs. The industry is relentless. We wanted to create a structure that would give us all more autonomy and agency.”

It’s testament to Suen and Volleberg’s clarity of vision that so many of the most compelling young voices in fashion today—including Vejas, Gauntlett Cheng, Kepler, Ed Curtis, and Benny Andallo—have joined their project. But it also speaks to the strong sense of community they’ve fostered around APOC. The collaboration idea wasn’t something that was initially in the cards when they first launched, but after plans for a brick-and-mortar pop-up last winter were scuppered by the pandemic, it became the obvious next step to connect APOC designers with each other.

“I think the community aspect is very important, especially over the past year where we’ve all been connecting digitally,” says Volleberg. “That’s one of the main reasons we wanted to organize the collaborations, to provide a different avenue for creating that sense of community and establishing those connections.” It helped, too, that many of their designers had discovered each other’s work via APOC, with some even already in conversation to collaborate when the pair first approached them about the project.

The results are wonderfully outré. South Korean designer Sun Woo, whose mind-boggling, architectural garments are inspired by pop-up tents, teamed up with the Kerala-born designer Harri, whose Willy Wonka-ish inflatable pieces went viral last year after he graduated from the London College of Fashion. They produced pants and gloves that delightfully mesh their aesthetics. “Sun Woo and Harri were huge fans of each other’s work, but they hadn’t spoken before,” Volleberg explains. “I’m not sure who suggested it first, but one of them said they’d love to work with the other, and they were both fully on board. Seeing this happen was a really nice surprise for us too.”

Jeweler Caroline Ohrt, whose upcycled pieces might feature discarded gum packets cast in resin and attached to a single pearl, and menswear designer Adam Jones, who crafts sweater vests and scarves out of classic bar top beer towels, created rings and brooches featuring old liquor labels. Taken as a whole, the appeal of the collaborations speaks to the brilliantly curated selection of designers and artists that Suen and Volleberg have assembled over the past year. It isn’t just that you may not have heard these names before, but also that nearly all of them have a rare ability to channel their avant-garde design instincts into products that feel immediately desirable. “Most of all, we want to be a platform where you can find designers that you wouldn't find elsewhere,” Volleberg concludes. “It’s always been about discovery for us.”

Yet for all the wild eclecticism of these collaborations, their existence reveals how APOC customers approach fashion. They’re looking to support emerging creatives they admire, but also on the hunt for something that feels genuinely limited edition or one-of-a-kind. “We know our audience,” says Suen. “We’ve learned more about what works and what doesn’t, so we’re always there to guide the designers, but it’s really all about letting them decide what and when and how they want to sell their products.” The desire to buy clothes with a backstory—and how deeply those backstories reward closer attention—is what truly lends their vision its unique, heartfelt magic.