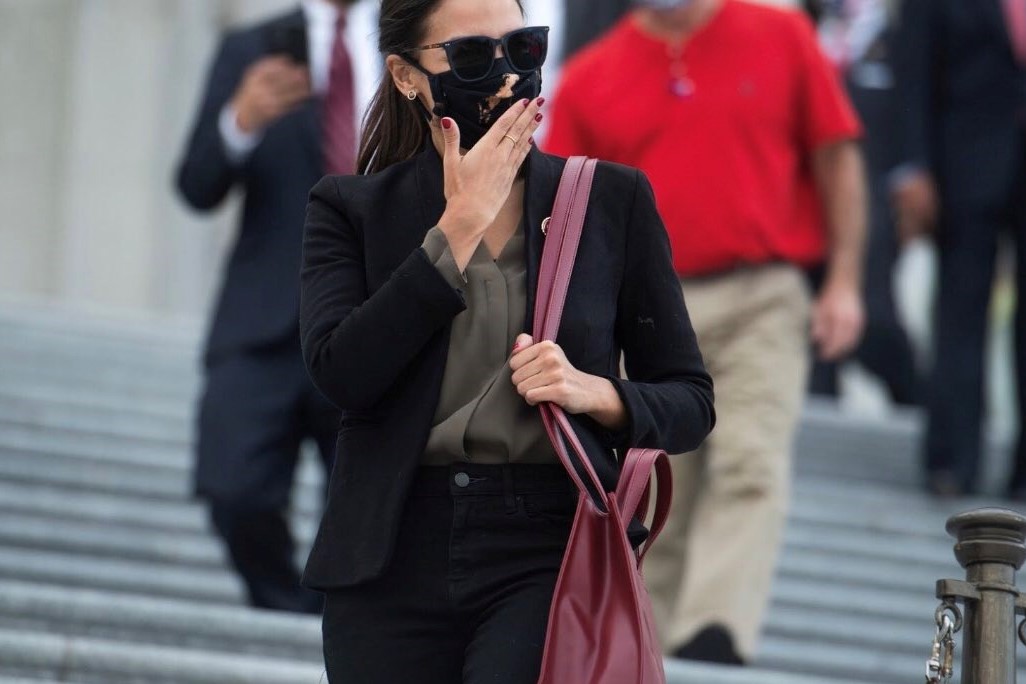 The progressive politician was spotted on Washington’s Capitol Hill, oxblood tote in hand

Last week, Alexandria Ocasio-Cortez outed herself as a Telfar fan. Taking to Instagram stories, the left-wing congresswoman shared a photo of two young girls holding the label’s signature tote bags, and filled her followers in on how founder Telfar Clemens got his start in Lefrak City, Queens. “That’s right! Telfar Clemens is a HOMETOWN HERO from our district! Our community is so proud!” she added.

Coming just a day after the label launched its Bag Security Program – which allowed everyone who wanted one to pre-order their chosen style in a bid to beat bots and resellers – at the time we mused on whether AOC had secured her own Telfar bag, and it didn’t take long until we had our answer (spoiler: of course she has).

Appearing outside of the Capitol building in Washington DC, the progressive politician was spotted with the label’s largest tote slung over her arm. Her chosen colour? A v chic, future-classic Oxblood iteration. Notably, she and her fellow representatives were at Capitol Hill to push through a bill that will halt the Trump administration’s further attempts to change the way the US postal system operates, given there are fears the President is blocking funding in a bit to suppress delivery of ballot forms ahead of the upcoming election.

AOC WEARING A TELFAR BAG!! MY DAY IS MADE pic.twitter.com/LB8utVjGs5

Soon after, the bag also made an appearance on her Instagram, when Ocasio-Cortez shared what she takes with her to a hearing with her 6.3 million followers. Among items stuffed into the extremely roomy style (can confirm) was a shawl, given “no matter how hot it is, the A/C in the office and hearing rooms can be crazy”, a pair of sunglasses, a number of notebooks, and a reusable water bottle, as well as her headphones, keys, and wallet.

Rounding things off was her make-up bag, which has actually been making a number of social media appearances in recent days, with AOC putting the patriarchy on blast while talking fans through her beauty routine in a recent Vogue tutorial. “There’s this really false idea that if you care about make-up or if your interests are in beauty and fashion, that that’s somehow frivolous,” she explained while applying vitamin C cream to her face. “The reason why I think it’s so important to share these things is that femininity has power, and in politics there’s so much criticism and nitpicking about how women and femme people present ourselves. Just being a woman is quite politicised here in Washington.”

Whether Ocasio-Cortez added another Telfar tote to her repertoire circa the label’s presale last week remains to be seen. As we wait to find out, check out her full beauty routine on Dazed Beauty and read our feature on why the bag is this decade’s most important accessory here.