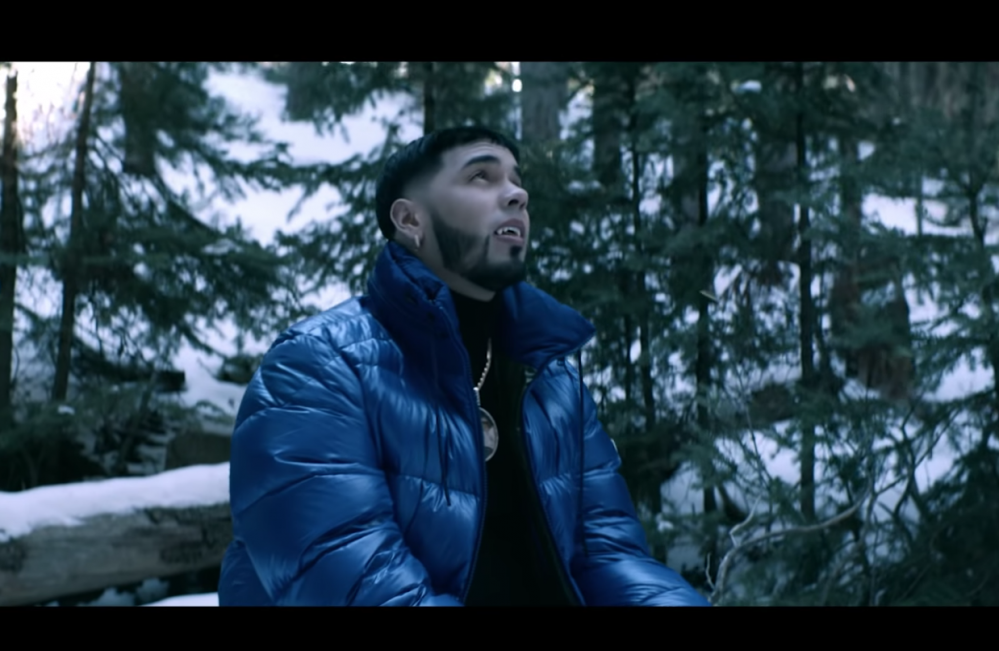 Anuel AA brings a hint of Miami to Transylvania in the video for his brand-new single, “Keii.” The song is one of many tracks that will feature on his debut album for Sony Music Latin, due 2020.

The video begins in a gothic cathedral, where a striking young bride begins to walk down the aisle. When she discovers that her groom has jilted her, she scrambles out of the church and into the forest. There she finds a fanged Anuel, who ushers her into his vampire underworld. Soon she sprouts her own fangs, and they dance the night away. “Y se reveló/ Cambio el amor por o,” he sings in Spanish: “And it was revealed/I’m trading love for .”

Central to the song’s theme is the word “Keii,” which is Japanese  for “respect.” Set to a laid-back dembow swing, Anuel name-drops some of his comrades in reggaeton’s new wave, as well as some of their greatest hits: from Nio García, Casper Magico and Darell’s “Te Boté” to Lunay, Daddy Yankee and Bad Bunny’s “Soltera.” Anuel even shouts out his own smash, “Ella Quiere Beber,” featuring Romeo Santos. What they all have in common is a dedication to ier, no-strings-attached encounters.