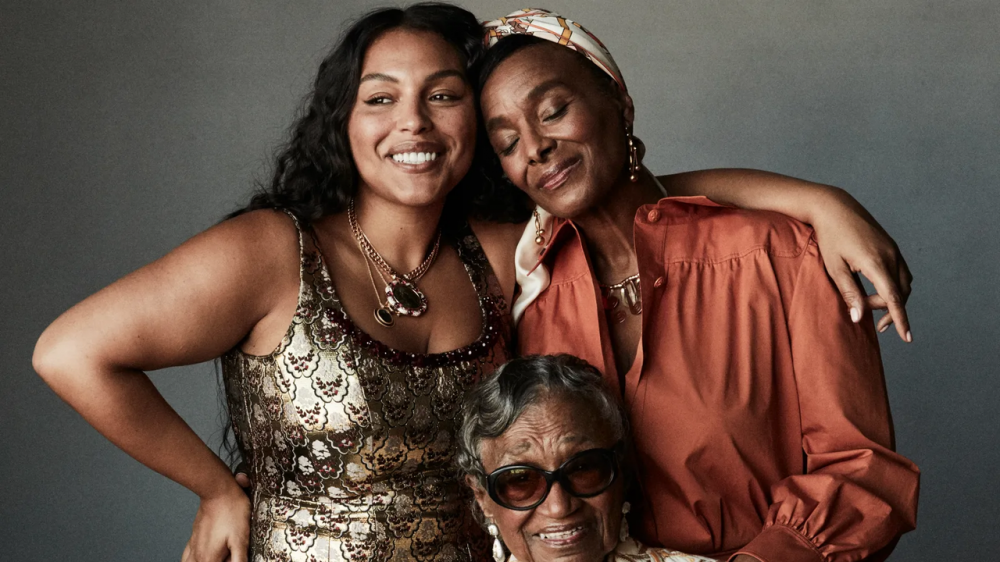 The story starts with a theft—albeit of the innocent sort: a daughter poking through her mother’s jewelry box, discovering a cameo on a chain, tucking it away in a bag that would soon be carried off to college. I wore it over plum-colored turtlenecks or chambray snap-front shirts, and I liked the way it swung from side to side when I’d sit down in a lecture hall, a little bit of old-world mystery. Not for nothing does Guy de Maupassant’s heroine in “The Necklace” choose this adornment when she wants to elevate herself from bourgeois clerk’s wife to the belle of the ball; a necklace can have transformative powers. My roommate called it an amulet.

When my mother discovered where her necklace had vanished to, she was more amused than annoyed. Did I know its story? It was wedding gold, from her first marriage, given to her by her in-laws. She had married a Greek man when she was young, before she met my father, and there were a few remnants of that former life that lingered: letters I’d occasionally come across in her study, a surprising ability to snap in Greek at taxi drivers who were giving us the runaround, and this necklace—apparently—part of an informal trousseau bequeathed to her by her Athenian relatives. But she let me keep it despite its significance as much more than the costume jewelry I had taken it to be. Years later another, sadder, theft took place: After a break-in, much of her collection vanished. As she was doing a postmortem inventory, she called me up to ask, Did I still have the necklace? An unanticipated blessing: I did.

Over the course of this past year, I’ve worn the necklace often. Like so many others, I had to go long stretches without seeing my parents, and the necklace made me feel close to my mother even when the dreaded plague meant it was not safe for us to see each other. Although it has been in my possession for years, it was a reminder of what had hung near her heart and what now hung close to mine. Jewelry does this, of course—it makes us feel a poignant connection to other people, from the humble locket to the toi et moi engagement ring that nestles two stones next to each other in a symbol of enduring union (Napoleon wooed Empress Josephine with a diamond-and-sapphire combination) to the 19th-century jewelry made from a loved one’s discarded locks. A turquoise ring, handed down between generations within Paloma Elsesser's family, was the “something blue” worn by Kanyessa McMahon (Paloma’s sister) at her wedding. “My grandfather was supposed to walk me down the aisle, but he passed away two weeks earlier,” McMahon says. “Some think I walked down the aisle alone, but I didn’t—wearing that ring reminds me of my grandfather’s love for my grandmother.”

Jewelry makes us feel a poignant connection, from the humble locket to the 19th-century pieces made from a loved one’s discarded locks

Jewelry inspired by heritage designs, antique charms, or stones with symbolic meaning may now be more popular than ever. “During periods of disruptive change,” says Elizabeth Way, cocurator of an upcoming show about accessories at Manhattan’s Fashion Institute of Technology museum, “the passing down of jewelry becomes even more significant.” With revolutions, wars, or, indeed, pandemics, we can lose not only loved ones but entire ways of life, and jewelry can serve as a talisman to the past. At many retailers, sales have been increasing—up 190 percent year over year at Matches, for instance. “We have seen our customers investing in pieces that they know they will keep forever and then pass down as heirlooms,” says Natalie Kingham, MatchesFashion.com’s global fashion officer.

Jewelry is continuity, and in times of tumult, continuity is comfort. “The demand for one-of-a-kind jewelry has definitely increased,” says antiques dealer James Michael Vela. “People are skipping out on mass-produced items and want that unique piece of wearable history”—and they are getting creative with their reinventions. Vela tells me about a customer who purchased a buttery, 18K-gold 19th-century mourning ring that she transformed into her fiancé’s wedding band, a pointed reminder of “Till death do us part.” Some might see the choice as morbid, but to him it was inspired, a reminder of the many lives that jewelry should have. And what will be the third (or fourth or 17th) life that my mother’s cameo will have? Impossible to predict. But when I’m not wearing it, I’ll tuck it away in my jewelry box for the years to come, until prying eyes and fingers seek it out and give it a whole new story.