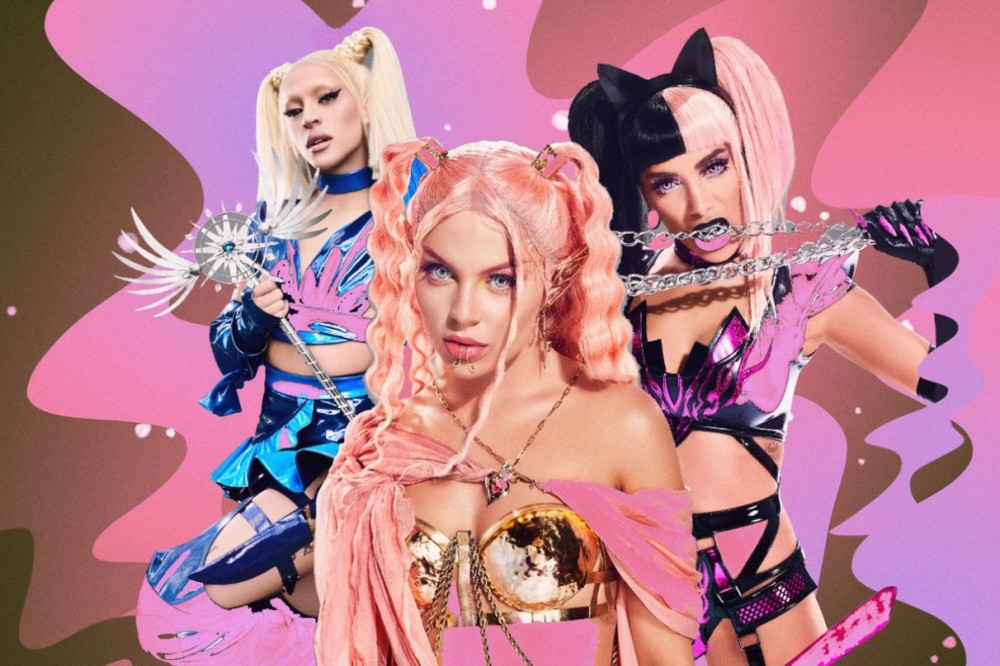 The pop queens of Brazil come together for the music video to Luísa Sonza’s “Modo Turbo” which was released last night (Dec. 21). Anitta, Pabllo Vittar and Luísa Sonza are ready for battle in the video game-inspired visual.

“Modo Turbo” is the much-anticipated collaboration with Anitta and pop’s premier drag superstar Vittar. Thanks to Sonza bringing them back together, this is the first major track to feature both Anitta and Pabllo since 2017’s “Sua Cara” with Major Lazer.

Sonza, Anitta and Vittar unite for the proudly Brazilian track. As the title “Modo Turbo” suggests, the three singers take pop in Portuguese to the next level. “Fasten your seatbelt / Turbo mode,” Sonza encourages. There’s something to be said about this stellar collaboration dropping on the same day of Saturn and Jupiter’s conjunction in space. These superstars aligned as well.

The music video for “Modo Turbo” is a trip too. Sonza, Anitta and Vittar meet at an arcade on a Dance Dance Revolution-type game. While they’re dancing, they’re suddenly sucked into the game, while taking on new virtual personas. Their powerful looks appear to be inspired by Sailor Moon, Mortal Kombat and the Power Rangers. Vittar blasts a monster with a celestial beam, Sonza sends a dagger flying its way and Anitta twerks up a storm that sees our heroes emerge victorious.

“Modo Turbo” will be one of the songs on Sonza’s upcoming second album. Last month, Vittar released the deluxe edition of her 111 album. Anitta returned to the music scene this year with her hit single “Me Gusta” with Cardi B and Myke Towers, previewing Anitta’s next album Girl from Rio.