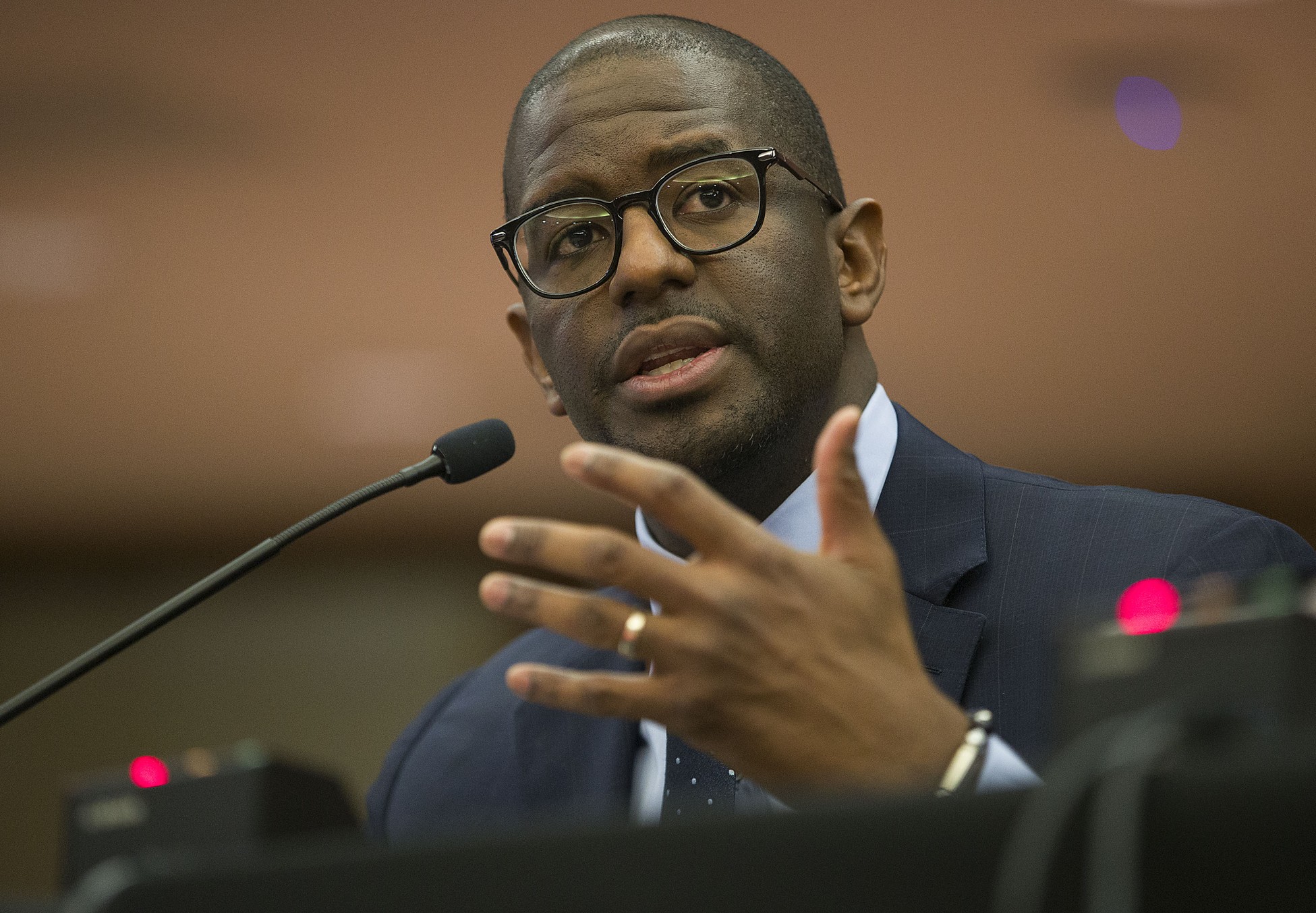 The 41-year-old politician went on the record about his sexuality in a candid interview.

In his first interview since being found inebriated in a Miami hotel room earlier this year, former Florida gubernatorial candidate Andrew Gillum spoke openly about his sexuality.

The 41-year old politician appeared on the season 2 premiere of The Tamron Hall Show alongside his wife, R. Jai Gallium, on Monday (Sept. 14). “What was most hurtful was this belief that I was somehow living a lie in my marriage and in my family,”Andrew said of rumors that have swirled over the last several months. “That was most hurtful to me because I believe we’re all entitled to mistakes. And I believe we’re entitled to those mistakes without having every other respectable and redeeming part of our lives invalidated.”

He continued, “To be very honest with you didn’t ask the question, you put it out there of whether I identify as gay. The answer is I don’t identify as gay, but I do identify as bisexual. And that’s something that I’ve never shared publicly.”

“Bisexuality in and of itself doesn’t lead to unfaithfulness,” he added. “There are men who are in marriages with women who just because they’re married to a woman doesn’t mean they’re not attacked to other women, and at any point can slip up, make a mistake, do something, and that is what it is. [It’s] the same thing in bisexual relationships.”

R. Jai, who was aware of his sexual preference before they got married, noted that many people don’t “understand bisexuality.” The couple wed in 2009 and have three children.

“Bisexuality is just something different,” she explained. “I just believe that love and sexuality exists on a spectrum. All I care about is what’s between us and what agreement we make.”

In March, Andrew was found in a Miami hotel room with another man, believed to be a sex worker. Shortly after the episode, the father of three checked himself into rehab for alcohol abuse.

Elsewhere during the interview, Andrew spoke about losing the race for Florida governor, and indicated that him and his wife had grown apart sometime last year. He also opened up about his experience in rehab, and the plans for his life moving forward.

See more clips from the interview below.