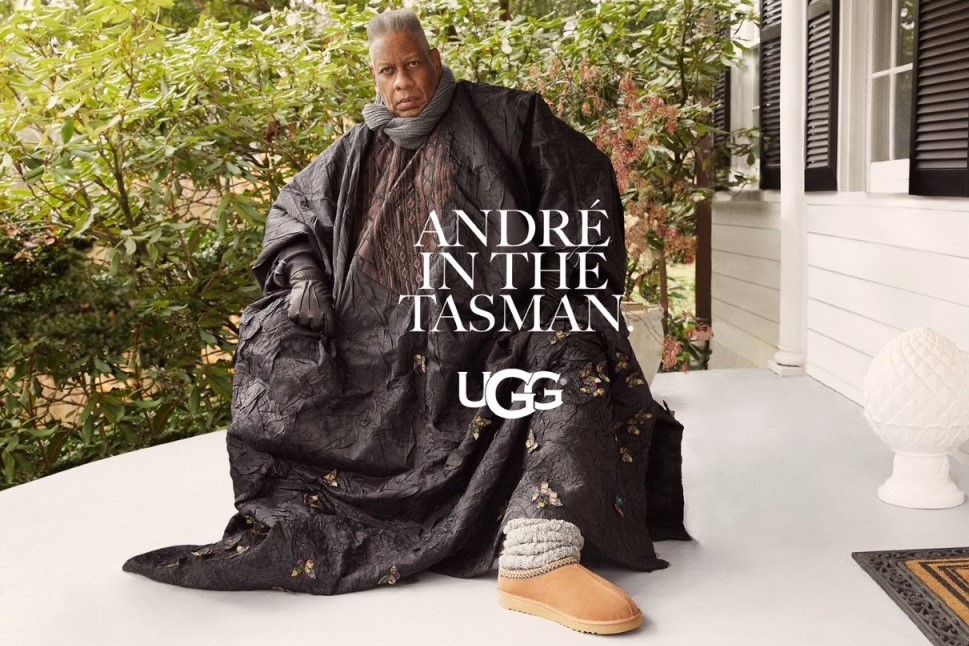 André Leon Talley has long been a fan of UGGs: often spotted sitting front row at fashion week in the classic cosy style, in 2012 he even stated they’re ‘as chic as heels’ – and tbh, given his credentials, he should probably know.

Now, it looks like the admiration is mutual, as the legendary Vogue editor is revealed as the new face of the Australian label. As captured outside his home in White Plains, New York, Talley is seen in two typically flamboyant looks – including his fave red puffer coat – finished with UGG’s Neuman and Tasman styles.

As part of the brand’s Feel series, which sees creative icons share their personal journeys and inspirations, Talley explained to WWD that it’s his thirst for knowledge that keeps him fired up creatively. “It’s my thirst for a sense of beauty, in the arts, literature, fashion, books, movies, cinema, great directors, great actors, great musicians, painters, everything,” he says, as if he didn’t make it abundantly clear in The September Issue.

The news follows not long after Telfar Clemens partnered up with UGG on an extremely covetable shearling version of its legendary shopping bag. In recent years, the brand has also joined forces with Y/Project on a truly understated thigh-high version of its classic boots – as worn by Rihanna – and Eckhaus Latta, on a capsule line of clogs and mules. More recently, Molly Goddard was the latest designer to work her high fashion magic with the brand, debuting a number of new styles at her SS21 show last year. Better get used to it: UGGs are well and truly back baby.