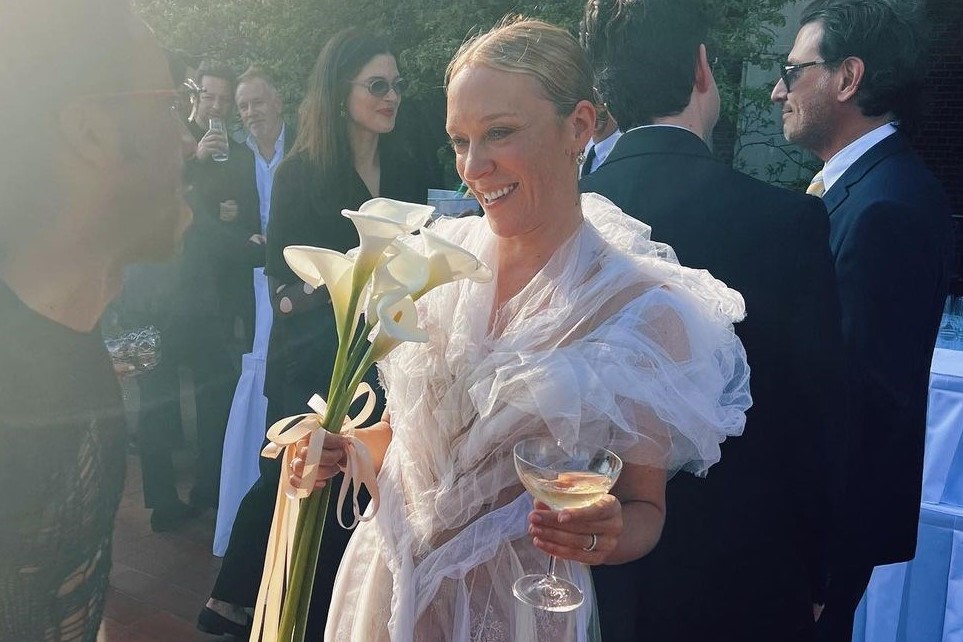 When Glenn Martens sent out his Haute Couture vision for Jean Paul Gaultier, a collective silence fell over the fashion world as it hushed to devour the details. And that’s not to be sycophantic, it was really, really good. It was haunting, delicious, and funny, with whorls of emerald taffeta scrunched into hourglass, futuristic confections; ribbons latticed and criss-crossed around the body in a state of sculpted dishabille; cut-out, skeletal hips moving at their own accord beneath pale pink corsets.

‘A soup, a swirl, a true salade of ideas’: inside new mag Red3licte

But with this year’s red carpet season a Big Homogenous Bore, the collection never really made its way into pop-cultural cannon, and despite Jada Pinket Smith’s best efforts, it was never reified into public consciousness. That is until today, however, when Chlöe Sevigny walked through a white clapboard church in Connecticut wearing the collection’s final piece: a ghostly nude-illusion gown fashioned from layers of pinched tulle, accompanied by five long-stemmed calla lilies.

But, as magnificent as Haley Wollens’ styling must have been, it was always going to be eclipsed by the appearance of bottomless buckets of cigarettes – inspired, perhaps, by Mary-Kate Olsen and Olivier Sarkozy. As pictures begin trickle onto social media, it’s now apparent that Sevigny also wore custom Loewe and Mugler, before rattling off down the road in a convertible Mercedes from the 1980s. Though Sevigny and her husband Sinisa Mackovic were secretly married in 2020, the couple had always planned to share a ceremony with friends, family, and their two-year-old Vanja. “This was the official celebration,” Derek Blasberg wrote on Instagram, “complete with multiple bridal looks, ice sculptures, and a perfect, simple ceremony that mentioned her loyalty, his twinkly eyes, and both of their dance moves.”