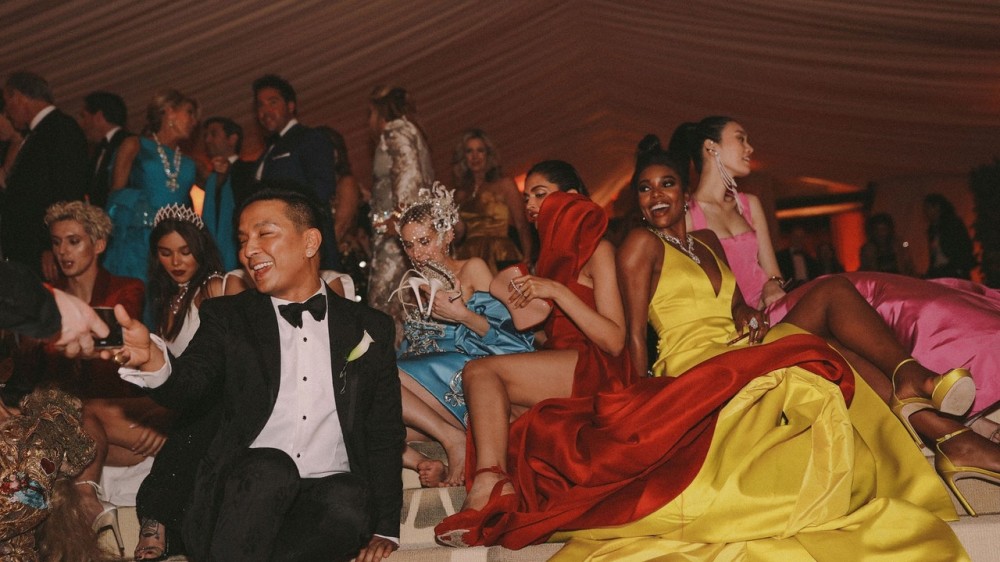 American Independence: It’s the dress code listed on the invitations for the 2021 Met gala, which will be hosted on September 13 by cochairs Timothée Chalamet, Billie Eilish, Amanda Gorman, and Naomi Osaka and honorary chairs Tom Ford, Adam Mosseri, and Anna Wintour. This year’s Met ball will be a smaller, more intimate celebration for the opening of the Costume Institute’s next exhibition, “In America: A Lexicon of Fashion.”

To back up: Both 2020 and 2021’s galas were postponed, of course, due to the pandemic. And while the 2020 exhibition did indeed open at the Met last year, there was no accompanying red carpet celebration. This year, however, the exhibition will have two acts: The first, called “In America,” will be a small show that takes place this September; part two, a continued look into the glories of our domestic fashion industry, will be unveiled in 2022—with a celebration slated for its storied date of the first Monday in May.

For a gala that’s known for its timely dress codes, “American Independence” feels particularly meaningful. After an isolating and challenging year, we are celebrating a newfound sense of freedom: to gather, to travel, and to get utterly dressed to the nines—or better yet, into the double digits. Though we’ve had our share of awards-show gowns through the pandemic, celebrities posing poolside at their homes don’t quite have the same effect as a proper red carpet. The operatic fashion parade on the steps of the Metropolitan Museum of Art is a wondrous thing to behold.

One can’t overstate the power of the Met gala red carpet, or its guests’ incredible ability to deliver us a show that sparks as much conversation as the exhibition itself. With each passing year, the fashion seems to get more out of the box. In my own Met gala history, I went from being incredibly pleased with the understated black 1950s vintage prom dress worn to 2013’s “Punk: Chaos to Couture” to going full-on frivolous at 2019’s “Camp: Notes on Fashion.” I started out strong with a gossamer nude Valentino gown. But I wanted to spruce it up on my own terms: I applied faux flowers from Michaels, the New York City craft consortium, and I finished the look with a red satin ribbon that was lying around the Vogue offices. (After all, for camp, more is more.)

But how should one interpret this year’s dress code? If fashion history serves, the best-dressed guests have always taken a cue from exhibition curator Andrew Bolton. (Remember Rihanna in the painstakingly handcrafted emperor yellow cape by Guo Pei for “China: Through the Looking Glass”; or Benedict Cumberbatch as one of the few to achieve proper white tie at “Charles James: Beyond Fashion”; or Caroline Kennedy, who simply wore Rei Kawakubo for “Rei Kawakubo/Comme des Garçons: Art of the In-Between.”) We don’t know what, exactly, Bolton has up his sleeve, but we do know that it includes designs from American fashion icons like Ralph Lauren and Oscar de la Renta. Also in the mix are looks from the new guard: Andre Walker, LaQuan Smith, Kerby Jean-Raymond. The most exciting part is that the dress code is meant for fashion rebels and rule breakers. We’re expecting a red carpet filled with anything-goes gowns and a dash of something star-spangled.

For a literal take on the theme, may we recommend Vaquera’s American flag dress from the fall 2017 collection—its train was born to walk up those famed steps. And remember Marc Jacobs’s red-white-and-blue-filled spring 2016 collection? There’s also Faith Connexion’s bricolage and repurposed American flag ensembles. Less obvious ways into the theme may lead you to patchwork, in which case Emily Bode is your woman.

But Americana is just a small part of American fashion. Guests could go vintage with any number of goddess gowns from Halston, a color-block Stephen Burrows jersey dress, or a wisp of a slip dress from early Calvin Klein. It would be just as appropriate to support young American designers. Take a cue from our White House and think Christopher John Rogers, Jonathan Cohen, and Markarian. And someone should certainly pay homage to Prabal Gurung’s spring 2020 show and accessorize with a beauty queen sash that reads, “Who gets to be an American?”

The options stretch from sea to shining sea. One thing’s for certain: This fall, fashion is back in full force.