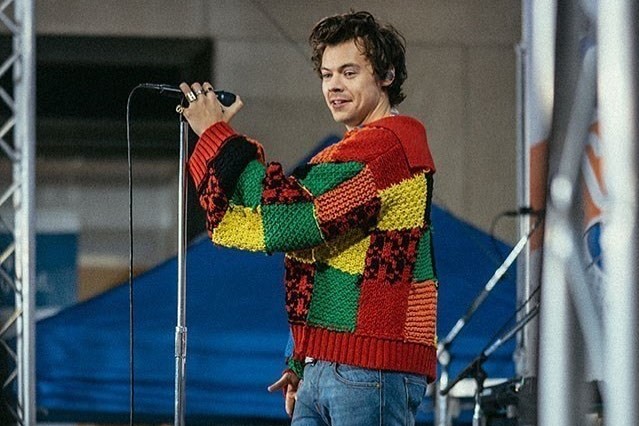 Fashion-focused NFT site Xydrobe is auctioning off a hyper-realistic digital copy of the knitted look, which took 300 hours to recreate

Last February, the musician and Dazed cover star was spotted wearing the chunky-knit cardigan during a rehearsal for The Today Show in New York. Shortly after, TikTok feeds flooded with users attempting to make their own versions of the design, labelled as the #HarryStylesCardigan.

Adding to the challenge, luxury label J.W. Anderson – who originally designed the piece for its SS20 menswear collection – stepped in, releasing an official pattern and YouTube tutorial for free for those recreating Styles’ knitted look. Later, due to its extreme popularity, the Victoria and Albert Museum added the item to its permanent collection – displaying the piece to signify the DIY creativity sparked by COVID lockdowns, and a move towards eco-friendly fashion practices.

Taking its next steps, a hyper-realistic digital copy of the cardigan is being auctioned off as the first-ever archive sale from fashion-focused NFT platform Xydrobe. According to Fashion United, Xydrobe’s visual effect artists spent 300 hours creating the virtual cardigan – developing each piece of yarn in 3D, before weaving it together in the six original knit patterns.

The founder and creative director of J.W. Anderson, Jonathan Anderson, explained his choice to sell the product as an NFT in an interview on Xydrobe. “I think we have had a lot of iconic pieces in the relatively short history of J.W. Anderson, but the cardigan in particular became iconic because of social media,” he said. “It just felt right that this jumper that exploded online should also be recreated as an NFT.”

Bidding for the digital cardigan will begin on December 12 at £10,000 – all proceeds from the sale will be donated to the charity, Akt, which helps to serve LGBTQ+ youth living in homelessness or hostile environments.

Check out Xydrobe’s copy of the cardigan below, and while you wait to place your bid, revisit our cover interview with Harry Styles from the winter 2021 issue of Dazed here.