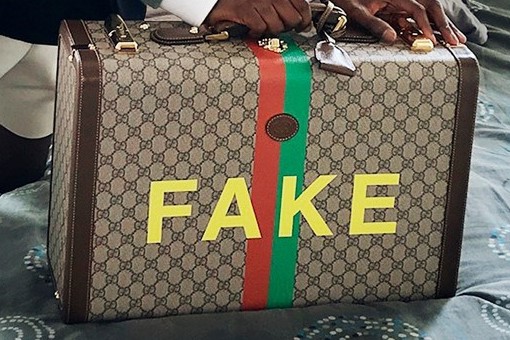 Kelly Fitzpatrick and Sabrina Kelly-Krejci allegedly used the platform to sell knock-off Gucci, Dior, and Chanel items after promoting them through their social media accounts

Amazon is taking legal action against two influencers who used the platform to sell knock-off fashion. Kelly Fitzpatrick and Sabrina Kelly-Krejci are accused of linking up with a number of third-party sellers to advertise, promote, and facilitate the sale of fake goods by the likes of Dior, Gucci, and Chanel, and using their personal Instagram accounts to advertise and promote the counterfeit styles.

According to Amazon, Fitzpatrick and Kelly-Krejci came up with a scheme that managed to evade the platform’s counterfeit-detection systems. Posting images of the designer item next to a more generic style on their IG stories, the pair directed followers to buy through a ‘hidden link’ which took them to an Amazon listing. After receiving an order for the generic item, the sellers would then send out the counterfeit product instead.

Fitzpatrick’s website, Stylee and Grace, outlined the process in full, explaining that by following the hidden link ‘you order a certain product that looks nothing like the designer dupe in order to hide the item from getting taken (by Amazon) and orders being cancelled’. Amazon worked out what was happening when it ordered a number of the styles and received designer dupes instead of the style that was advertised.

Previously part of the Amazon Associates initiative, which offers a percentage of sales to those advertising and linking to its products on Amazon’s marketplace, Fitzpatrick was subsequently removed from the program when the company realised what was going on. It is now seeking damages from both influencers and pushing for an injunction that would stop them from selling or promoting any items sold on the site. As of last week, both Fitzpatrick and Kelly-Krejci were still sharing hidden links to knock-off products on their social media channels, claims CNBC.

Counterfeit products are currently a widespread problem on Amazon, with the company recently joining forces with Valentino to crack down on designer fakes. Earlier this year, the two filed a joint lawsuit against NY-based Kaitlyn Pan Group, which allegedly copied Valentino’s signature Rockstud shoes and sold them on the platform as its own design. In 2016, Birkenstock stopped selling through Amazon as fake versions of their sandals flooded the site, with Nike following suit three years later.