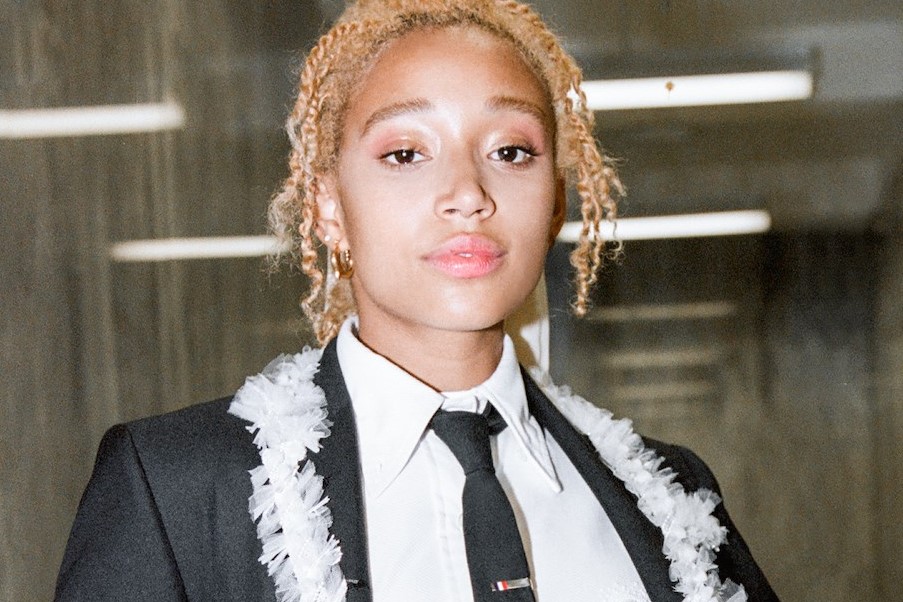 ‘When I heard the theme was American fashion, it felt important to me to encapsulate the queer, Black people I think are responsible for that’

It’s 2pm in NYC and Amandla Stenberg is getting ready for the 2021 Met Gala in her hotel room. “Just to warn you, there might be a slight interruption to this interview as we’re waiting for a nurse to come do her COVID test,” the PR warns me as we wait for the actor to dial in. “The new normal,” Stenberg laughs as she joins the call, mentioning she’s “excited and nervous” in equal measure about a return to the red carpet (though she had a bit of practice at the Toronto Film Festival, where she landed to promote new movie, Dear Evan Hansen, last week).

One thing she’s not nervous about, however, is her lewk. This year’s comeback ball sees the rising star join forces with American stalwart, Thom Browne. Fresh from his jaw-dropping SS20 show, which saw models transformed into living, breathing statues, the designer linked up with Stenberg on a show-stopping suit that incorporated her sartorial influences and experiences as a young Black woman living in the US.

“The whole look is quite jaunty,” Stenberg says. “We wanted to do something that was quite cheeky, quite burlesque, even. The references that we talked about going into it mostly came from the ballroom scene. When I heard the theme was American fashion, it felt important to me to encapsulate the people I think are responsible for that – basically, queer people and Black people.”

The look itself incorporated a typically nipped-in Thom Browne suit jacket with floor-sweeping train, dropped-crotch shorts with peekaboo cutouts to the hips, and a white button-down shirt. Fantasy flourishes came by way of a contrasting trimmed corset, pearl nipple embroidery, and a classic tie, plus a pair of shoes that Stenberg likened to horses hooves. What category would she be walking in the look? “I haven’t full been able to decide!” she says, struggling to think of an appropriate answer. “I think maybe, like, gentleman. Yeah – gentleman, reverse drag. Something like that.”

Working with a Black make-up artist, nail artist, and hair stylist, final touches came by way of a braided look that emulated a durag (“which to me is very emblematic of American fashion), a small grill piece, and super-long, curved acrylic nails. “It was really important to me to find a Black nail tech,” says Stenberg. “I wanted to reference the kind of nails I saw growing up in South Central, LA.”

With nerves still bubbling ahead of her appearance on the red carpet, Stenberg is keeping her fingers crossed she gets to hang out with friends including Hunter Schafer at the actual event. “I’m hoping we can finesse a situation where we’re in the line together so we can just, like, yell at each other from the rafters,” she says laughing. In the meantime, though, she’ll be getting ready to a playlist she simply calls “Bitch”. “There’s some Arca on there, some Pink Pantheress, some JPEGMAFIA, and some LSDXOXO, Shygirl, and Aphex Twin. It’s definitely a ‘we’re attending an event, honey’ kind of thing.”