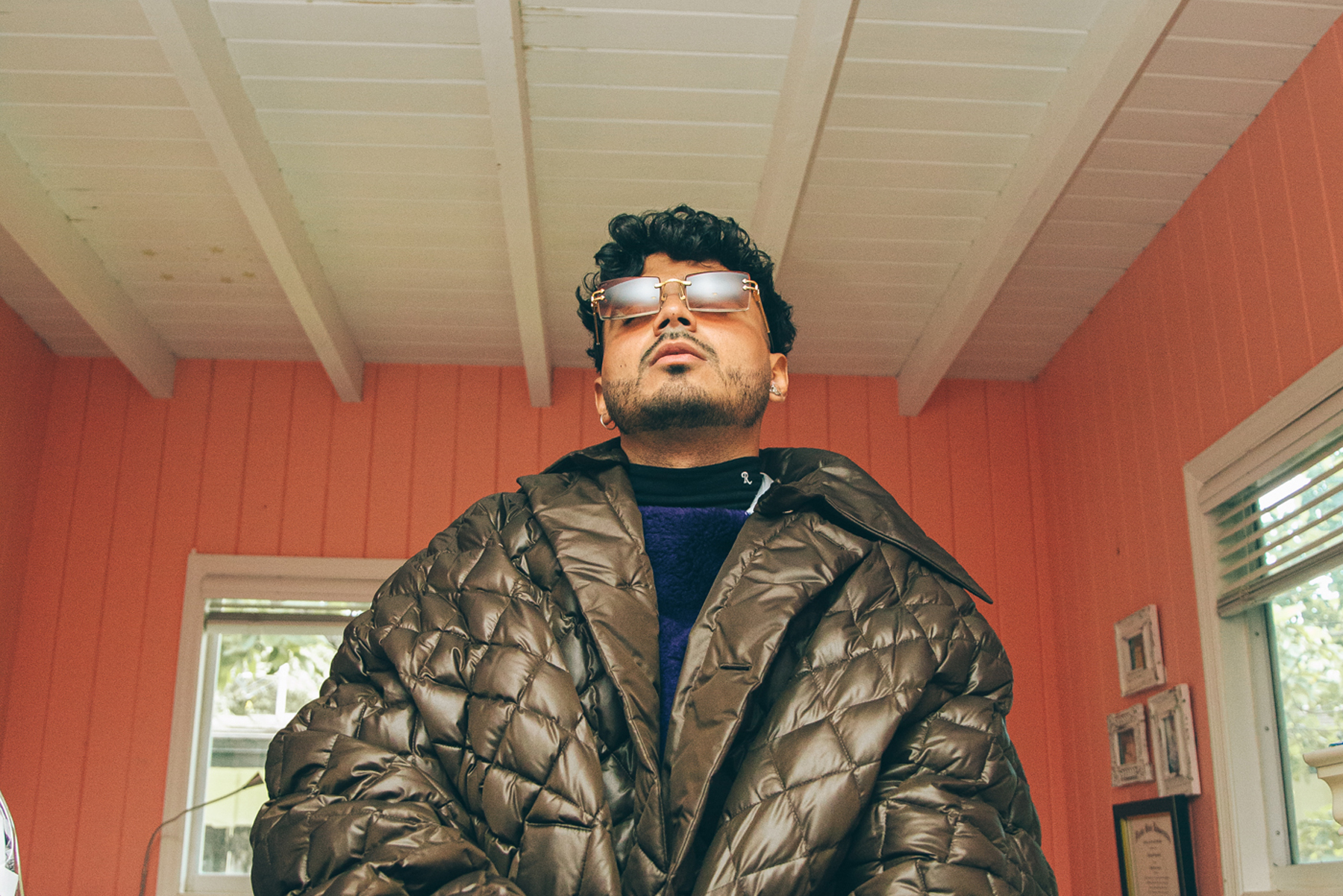 Felicilandia, the versatile new album from the rapper Álvaro Díaz, is a tribute to an amusement park in Puerto Rico, where he used to have birthday parties as a kid — only Díaz has reimagined that park as a place “where sad kids go to find happiness.” Everything from the album’s mischievous, cartoon-inspired artwork to the blend of down-tempo, downcast beats embodies the playfully mopey vision he had for the project, all while he makes a serious case for pushing reggaeton into interesting new directions.

Díaz has been a figure in the genre for a while, though his taste has always leaned into more alternative sounds. Over the last year, the industry has moved closer toward the eclectic aesthetic that’s been his signature all along, full of both synth-driven production and live instrumentation. “I’ve always had a really clear vision of what I wanted to do, and I always hoped all the work I was doing would lead up to this,” he says on a Zoom call from Puerto Rico. “This project could have come out two years ago, but the timing wan’t right. Now, it feels like it’s being let out at the best possible moment.”

Díaz was always attracted to music; his mom often played gospel songs around the house, and as a little kid, he’d try to write additional rhymes around the lyrics. After getting suspended from one high school (“I was a good kid, I just talked too much,” he says, laughing), he transferred to a school where big freestyle battles took place at lunch time. Díaz was too scared at first to perform himself, so he started ghostwriting for a friend. “After that, I got brave enough to do it myself,” he says.

That role as a behind-the-scenes writer stuck, and it’s followed him throughout his career. In addition to working on his own music and creative projects, Díaz has contributed songs to major artists including Yandel, an experience that he says was a dream come true. “I was like, ‘How am I, an alternative rapper, going to write for a legend as big as Yandel? Is he going to laugh in my face when he sees this?’” (The song he helped write, “Deja Vu,” ended up being the lead single from Yandel and Tainy’s album Dynasty.) He’s also close friends with Rauw Alejandro, and the two of them wrote several songs together for Rauw’s Vice Versa, including “Sexo Virtual” and “Aquel Nap ZzZz,” the latter of which has been rumored to be about Rauw’s current girlfriend, the singer Rosalia. (“It is, it is,” Díaz confirms. “Both [Rauw and I] were experiencing falling in love with people at around the same time, and it was really nice to be able to help Rauw figure out the vision for that song.”)

Rauw pops into Felicilandia for “Problemon,” a moody reggaeton track that shows off Díaz’s laidback flow as a rapper. Across the rest of the album, Díaz dives into old-school reggaeton, sprinkling samples from his childhood across the project, but bringing them brightly into the present. “It’s a lot of nostalgic things that meant a lot to me, but done my way,” he says. He lights the album up with live trumpet, bass, and vocal layering, creating sonic mash-ups that don’t sound like anyone else in the genre. “Babysita,” for example, starts with acoustic guitar chords as Díaz sings drearily about being tired of fighting in a relationship. In a flash, the song is interrupted by audio from an interview he did a while back, and the beat flips, morphing into an experimental R&B melody. “It was Blink-182-inspired, then it meets a Frank Ocean-type beat with a reggaeton sample,” Díaz says. Other moments, like on “Close Friends” and “Llori Pari,” featuring Feid, manage to be upbeat while still bringing in the endearing bittersweetness at which Díaz excels.

The last track, “Para Ya!,” is a dance-driven celebration that ends with Díaz still looking for love. “It finishes on a sad note, so it’s like I never found happiness,” he says with a giant smile on his face. It’s a gloomy, delightfully emo conclusion to the album, but the project as a whole finds Díaz at a joyful peak.

“It’s the album I always wanted to make,” he adds. “The whole story here is very Álvaro Díaz.”