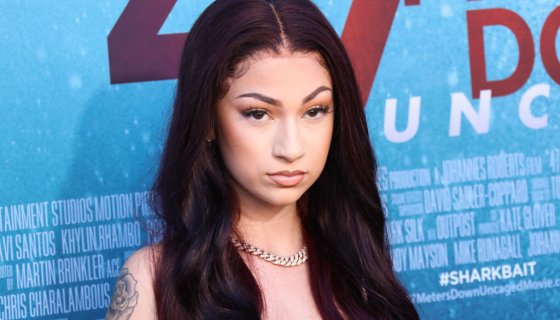 People have been wondering why culture vulture, , and alleged rapper Bhad Bhabie has been so silent during these times, now we know why.

TMZ is reporting that 17-year-old Bhad Bhabie born Danielle Bregoli checked herself into rehab. The celebrity gossip site is exclusively reporting that she is battling an addiction to prescription pills and childhood trauma and could be there for 30-90 days.

Sources connected to the rapper tell us Danielle, who’s just 17 years old, recently checked herself into a facility at an undisclosed location, and has been held up a few weeks now. We’re told she’s receiving treatment for a combination of things … childhood trauma, but also substance abuse in the form of prescription pills.
Our sources tell us Danielle, as well as people around her, were aware of the severity of the issue … which is why she decided to seek assistance. We’re being told she’s doing well so far and is optimistic about her progress. She could be in there from 30-90 days.Bhabie also confirmed Instagram that she is “taking some time off.”

Bhabie was called out her deafening silence while Black Americans protest across the country being that she makes a living copying Black women. Chika called her out in tweet stating “bad bhabie lil chickenhead ass been silent, too. we really ain’t caught her outside not once. hmm.”

we really ain’t caught her outside not once. hmm.

Bhabie responded in the most white way as possible by sharing a black square on her Instagram account, but that is as far as her speaking out goes.

Well, we may hate her “bars,” but we do wish her a speedy recovery.