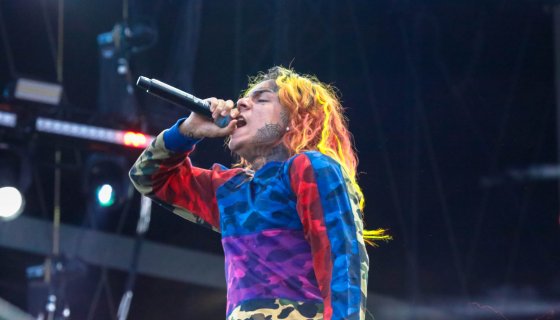 is an unrepentant troll. On Tuesday, May 12, the master-level snitch continued to gaslight rap fans with his shenanigans, which included beefing with a charity after it rejected his $200,000 donation.

Do you know how toxic you have to be for a charity to say “we’re good” to that size of a donation? But that’s exactly what a non-profit called No Kid Hungry did when the “Gummo” rapper offered up a portion of the proceeds of the merch he’s been selling.

“We are grateful for Mr. Hernandez’s generous offer to donate to No Kid Hungry but we have informed his representatives that we have declined this donation. As a child-focused campaign, it is our policy to decline funding from donors whose activities do not align with our mission and values,” said NKH in a statement.

Tekashi was none too pleased, writing “@nokidhungry rather take food out the mouth of these innocent children I never seen something so cruel.”

The people he snitched on would say something similar, but we digress.

What else did Tekashi do Tuesday? Well, he asked Future for advice on how to deal with his baby mama. drama.

Tekashi also called out Lil Uzi Vert for some help in his beef with Rich The Kid. You may or may not remember but the latter holed up in a Starbucks to avoid the smoke.

#tekashi69 responds #richthekid he want #liluzivert to do him a favor 💀

Worth mentioning (though it didn’t occur on Tuesday), Tekashi got mad at something Chet Haze aka Shabba Hanks said about him, so of course but that meant coming for Tom Hanks. You can’t make this ish up.

Also worth noting, DJ Akademiks is getting his full culture vulture on by cheering on this tomfoolery.

#richthekid shows off his net worth vs #tekashi69 net worth. 😳🧐👀👀