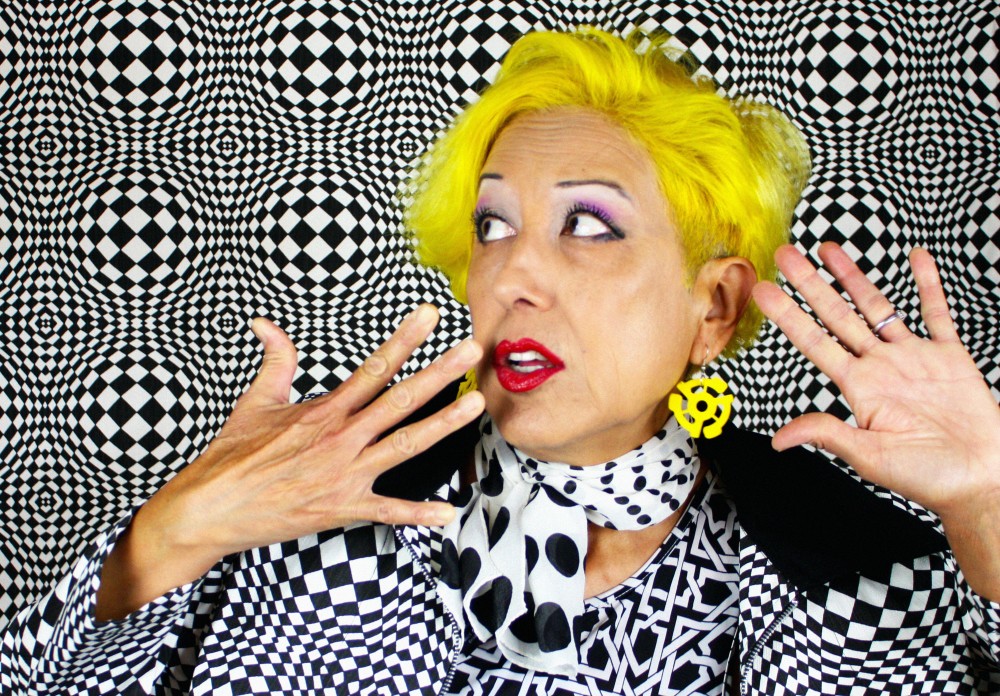 It’s going to be a long time before any of us can hit a mosh pit — elbows, hair and sweat flying as a band tears across a makeshift stage. The press of bodies, electric. The euphoria high. Lucky for us, Mexican-American punk icon Alice Bag has gifted listeners with a zap of punk rock energy in the form of “Spark,” a new song off her upcoming album, Sister Dynamite.

“And even when I try to be normal/I always miss the mark/hell, no I’m not giving my/not giving my spark,” Bag proclaims in the chorus — the simplicity of the message (“Stay weird, kids!”) refreshingly cut and dried. Bag can rage against the machine with the best of them, but here she’s delivering us a giddy, joyful break — an anthem for anyone who feels more than a little depleted by the overwhelming complexities of modern existence.

“Spark” could have come out in 1970 or 1997 — and not because it sounds dated. It’s timeless, pure, kick-in-the-pants rock and roll, and thank God for that. Bag has been keeping her spirits up during the COVID-19 era by conducting workouts on Instagram — and “Spark” is the distillation of her technicolor perma-optimism. Sister Dynamite is due out for release April 24 via In the Red.

Find a playlist of all of our recent Songs You Need to Know selections on Spotify.