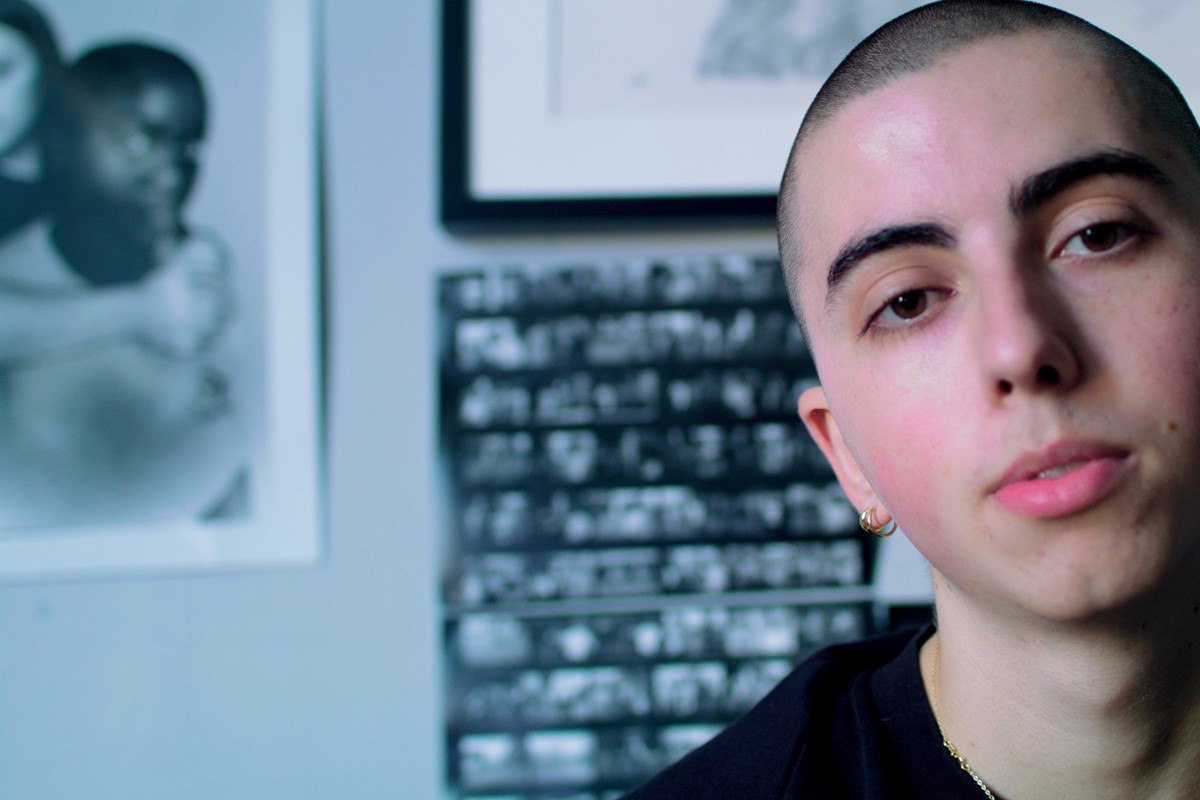 Street photographers are in a class of their own. Working off instincts honed to precision, they are in possession of the profound gift of capturing the moment as it unfolds. Photographers Andre D. Wagner and Alfie White are firm proponents of traditional street photography, shooting exquisite scenes of New York City and London, respectively, on black and white film to create a timeless portrait of modern life.

Hailing from Omaha, Nebraska, Wagner moved to New York to practice social work, fell in love with photography, and never looked back. Currently a Public Artist in Residence with the NYC Commission on Human Rights, Wagner brings an understanding of the underlying political, social, and economic dynamics to his study of community, along with the knowledge that a photographer is not an “objective” observer but rather a participant with a moral responsibility to respect and support the rights of those in the pictures.

White is a London-based photographer and long-time fan of Wagner’s. He is currently working on two projects supported by a grant from the 2020 Dazed 100 Ideas Fund in partnership with Converse: a photo essay on the experiences of people affected by the UK Government’s handling of the COVID-19 pandemic, and a collaborative document, where he will engage other young photographers around the world to create an international portrait of the lives of young people in 2020.

“Andre’s work was what really opened photography to me as an art form and tool,” White says. “(His) work is beautifully intimate, thought provoking, and political. But most importantly, it’s real. In a photographic world (that often) leads the viewer away from reality, Andre takes you straight there, showing life for what it is through his lens, with an emphasis on the nuanced moments (that) not only mark the current time, but will stand the test of it.”

As part of his Dazed 100 takeover week, White speaks with Wagner for the first time in a conversation about the importance of staying true to your vision through thick and thin, the power of social media to build your own platform, and what to do when you see Beyoncé at a star-studded Hollywood party.

Alfie White: It’s a nice day in England. How is it in New York?

Andre D. Wagner: Gloomy, but it’s all good. It’s a good time to go back to being a homebody and working in the studio. Tell me about the Dazed 100 project.

Alfie White: It’s a photo essay on individual lives affected by the UK Government’s handling of COVID-19, whether that be nurses, people who had COVID-19 or their loved ones. One person hit me up the other day; she is pregnant because all the pharmacies shut down and they couldn’t get contraception. I’m thinking about how I can give people a better platform and a more permanent one.

Andre D. Wagner: I’m currently an artist in residence with the New York Commission on Human Rights. It was planned before COVID and I am trying to figure out how best to tell these people’s stories through photographs. It’s been beautiful to see the community come together and people look out for each other but it’s also been devastating because so many people are struggling.

Alfie White: Sometimes photography can allow you to make sense of things in a time like this. It’s all so confused and unknown; you look through the viewfinder and it’s a bit simpler.

Alfie White: That’s true. Tell me about the new book you’ve been working on.

Andre D. Wagner: The book is titled New City, Old Blues. It’s been a long time coming. I’ve been working on this project for seven years. I wanted to explore what it’s like to be Black in New York and deal with issues like gentrification, displacement, and racism. In 2018, I hit a wall. I took all the pictures down and put them in a box. I couldn’t figure it out. When COVID happened, I dove back into the work and everything became crystal clear. Over the last two months I was able to finish the edit and now have a better understanding about what I am trying to say.

“There were so many times where you feel like you are in a black hole and will never get to that place where things make sense but I think those times are needed and they build the character of the artist” – Andre D. Wagner

Alfie White: Is your writing going to appear in the book?

Andre D. Wagner: I’m still on the fence about it. I’ve always journalled but I kept it to myself. I don’t feel strong about my writing.

Alfie White: I get that. Your books seem a lot more personal than others. Especially when you’ve done self-portraits. Just being a Black man in America, you’re already being political. You have every place to write and be as personal as you want. Looking at these images, can you see your development as an artist, photographer, and human being over the years?

Andre D. Wagner: Oh yeah. Looking through the contact sheets, you can see how your attention and the ways you make pictures has continued to change. Moving forward, I have a more refined understanding of how I want to build on projects I am currently working on. I want to put out a complete body of self-portrait work. Turning the camera on myself has been the most consistent thing since I became a photographer. I don’t know any street photographers that do self-portraits besides Lee Friedlander.

Alfie White: Street photography is more like being a fly on the wall. The most you will get is their shadow on another person. They are an anonymous photographer wandering about.

Andre D. Wagner: I was always interested in figuring out how to implement myself in the work. Initially I started photographing myself and then I started to come through in other ways.

Alfie White: When photography is something so personal to you, how do you set boundaries so it isn’t this 24/7 thing – or do you let it be a 24/7 thing?

Andre D. Wagner: Early on it was hard to have those boundaries because I was working in a studio, then I would leave and make pictures on the train on the way home. All the lines were blurred. Over the past couple of years, I’ve been able to carve out more space for myself to be more selective and do more things in line with my vision. I’m concerned with what I want to say more than anything else. I always made sure I was making my own personal work even if I was working other jobs.

Alfie White: I feel like if you keep your vision on the long-term aim, things will work themselves out around that.

Andre D. Wagner: Staying true to yourself has paid off for me. There were so many times where you feel like you are in a black hole and will never get to that place where things make sense but I think those times are needed and they build the character of the artist.

“There’s something disarming about having a camera. It makes people more open to you and it makes you invisible at the same time” – Alfie White

Alfie White: Has there been a moment where you felt like, ‘Yeah I’ve made it’?

Andre D. Wagner: When I shot Queen & Slim. That was my first time working on a movie set. I showed up and I’m a straight up street photographer: I’ve got my camera bag, no assistant or lights. I remember the publicist looking at me like, ‘This is the dude that’s going to take photographs?’ (Laughs). I remember coming back to Brooklyn after a two-day shoot and being in my darkroom super nervous to develop the film.

Alfie White: I used to have pretty bad diagnosed OCD and it’s gone now but it surfaces when I have a big job and I’m developing the film. I will double check to make sure the film is in the tank before I take it out of the changing bag, like it could somehow fall out. I think that’s what’s so great about film. You could be years into it and still be like, ‘I’m actually nervous right now.’

Andre D. Wagner: Seeing the (Queen & Slim) poster come together and the billboards was a great feeling: to do something on this level that was literally an Andre Wagner photograph. This is why you hold true to yourself, your space, your vision, how you make photographs. Melina Matsoukas, the director, gave me so much freedom to do my thing.

Alfie White: Is this a direction you want to go in – photographing on sets?

Andre D. Wagner: It will be cool to do projects where people fuck with my vision and how I make photographs. If I have to have 20 assistants to prove that I’m worthy to be there, then I’m not the guy that you need.

Alfie White: I think that’s what every artist is striving for: just to be themself and have people respect that. Was there any point where you’ve realised ‘This is me! I’m doing this right now?’

Andre D. Wagner: I went to the Queen & Slim premiere after party with all these Hollywood people and I’m just this dude from Omaha, Nebraska (Laughs).  I had my camera and was taking pictures because that’s what makes me comfortable.

Alfie White: There’s something disarming about having a camera. It makes people more open to you and it makes you invisible at the same time. I wish I could carry a camera to every event.

Andre D. Wagner: I remember when I got to the party, I went inside towards the dancefloor and the first person I saw was Beyoncé.

Alfie White: Did you take a photo of her?

Andre D. Wagner: Of course I did!

Alfie White: That’s a testament to your ability as a street photographer: you could overcome any feeling and take the photo. You’ve made it.

Andre D. Wagner: I snapped the picture and then literally two seconds later, three or four security guards came from out of nowhere like bam!

Alfie White: Did you have to explain it was on film like, ‘No I can’t delete it’?

Andre D. Wagner: I was trying to explain myself to the security guards and Melina was right there. She was like, ‘It’s cool. He’s with me.’ She had me take a couple of pictures of them. It was crazy.

Alfie White: I remember you posting pictures of celebrities you see walking around on the street like Frank Ocean and Jaden Smith. Will you try and get a photo of a celebrity on the street?

Andre D. Wagner: If I see people and it isn’t crazy I will, because it’s New York City and you see people all the time.

Alfie White: These are archival prints you might show in years’ time.

Andre D. Wagner: A lot of the work has to sit until you figure out what to do with it. Sometimes you can’t show them on Instagram.

Andre D. Wagner: It’s great because you can build an audience for yourself but at the same time, I’ve let work get out prematurely, which is not the greatest feeling. It’s tough trying to figure out that balance… it’s great that artists can have control. I think about back in the day when Black photographers had no outlet and weren’t getting hired. What would social media have done for photographers then?