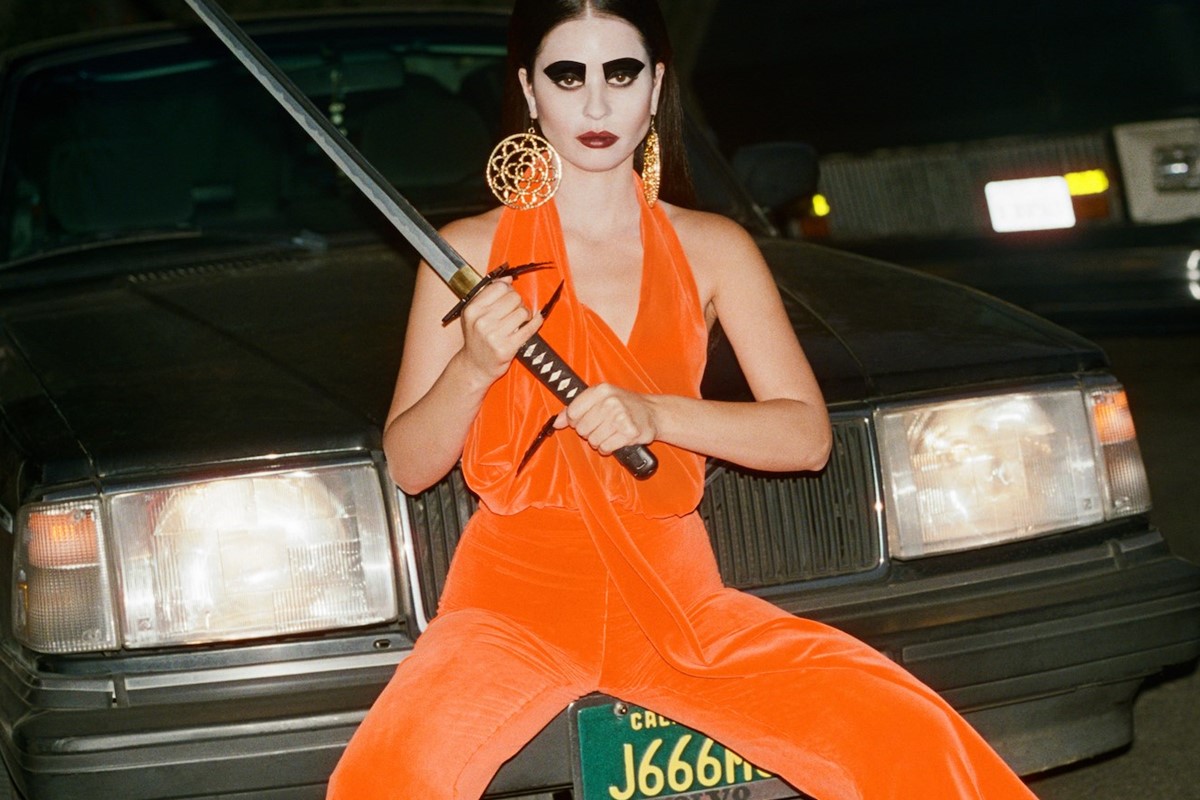 In the latest episode of A24’s podcast, aptly titled The A24 Podcast, the indie film connoisseurs introduce listeners to an unusual pairing: Euphoria’s Alexa Demie and Nathan For You’s Nathan Fielder.

The duo, which A24 says have “long admired each other’s work”, met face-to-face for the first time to engage in a 55-minute conversation about fairies, a higher power, crying, and much more.

As reported by W Magazine, Demie said of recording the podcast with Fielder: “Nathan is not 100 per cent human, he is genius. I also heard he was a huge fan and thinks I’m the most talented and emotionally compelling actress of our time, so I had to sit down with him.”

It seems Fielder’s genius even impelled Demie to open up about her past as a fashion designer. When she was in high school, the actor says she started a sunglass line called Mainframe, which began after she bought a box of wholesale sunglasses and decorated them with jewels. As luck would have it, Demie had a friend who worked at a store on Melrose Avenue in LA, and was able to start selling her creations there.

.@nathanfielder and @AlexaDemie have long admired each other's work. After both testing negative for Covid, they finally met face-to-face in a freshly sanitized indoor location.

The conversation the world needs right now, this Wednesday on The A24 Podcast 🔊 pic.twitter.com/maLpfHOqEk

Demie’s designs quickly became a hit, and she saw her sales skyrocket in Asia, with A-list celebs getting in on the action. “This huge artist over there, G-Dragon, he wore them, and they made a doll of him wearing them,” Demie told Fielder. “And J-Lo and Nicki Minaj and all these people wore them, so I was travelling a lot to Japan and Taiwan and all these places to show the glasses at trade shows and stuff like that.”

Demie says she stopped designing the glasses after realising she wasn’t getting paid “at all to do any of this”. She added: “I didn’t know anything about business, I just enjoyed flying to Japan.”

Luckily for us, Demie returned to the world of performance, landing the role of former pageant queen Maddy Perez in Euphoria. Maybe now filming is on hold – save for a two-episode Christmas special – she’ll return to the world of eyewear. Watch this space.

Listen to Fielder and Demie on The A24 Podcast here.