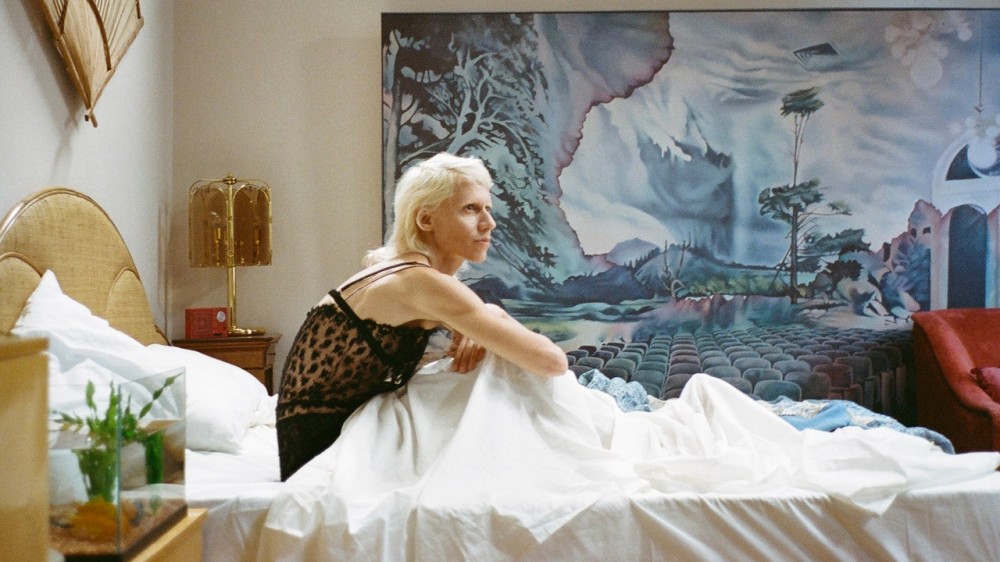 Fashion does not lack for collaborations, but the project that united Gus Van Sant and Gucci’s Alessandro Michele could go down as one of its most inspired. Van Sant specializes in stories told obliquely and circuitously, an approach to filmmaking that is not unlike Michele’s to his Gucci designs. Together, the two have co-directed a seven-part miniseries showcasing Gucci’s new collection, titled Ouverture of Something That Never Ended. The first episode, shared with members of the press ahead of a Zoom conversation yesterday, suggests that the series is more than a mere stand-in for a runway show made impossible by COVID-19. Like Van Sant’s auteurist work, it’s evocative and full of feeling.

“Which new horizons do arise when fashion leaves its comfort zone? What life do clothes get when they stop walking down the catwalk? … These are the questions that come to my mind in a present that is uncertain, but pregnant with premonitions,” Michele wrote in a press release. Speaking today on Zoom he said he chose Van Sant as his collaborator because he “could see through his eyes.” The pair met at a Los Angeles gala, and they also share a friend, the photographer Paige Powell, who shot the behind-the-scenes images seen here. Michele and Van Sant shot for 20 days over the course of the last month in Rome and other locations in Italy with their star, the performance artist Silvia Calderoni, and a cast of Michele “friends and family” extras. Naturally they all wear Gucci. They were editing until yesterday. “It was an apprenticeship for me,” said Michele. “I observed a lot of things, I learned a lot of things.”

The miniseries documents a series of days in the life—partly real, partly invented—of Calderoni. Van Sant’s camera follows her to a theater, to a vintage shop, to a cafe—“ordinary places but pretty beautiful” because it’s Rome. As it happens, Van Sant was in Rome 30 years ago this month shooting his iconic film My Own Private Idaho. “I knew the territory as far as what I thought Alessandro was interested in,” Van Sant explains. “The story he had written was very specific and it resembled things I had done on Gerry, Elephant, and Last Days. Those were also films that had condensed shooting schedules. I like working on noncommittal stories that are sort of happening in front of your eyes.” Michele added: “it was something that we planted somehow and it grew in a spontaneous way.”

Clothing has been integral to Van Sant’s storytelling since the beginning. Who can think of My Own Private Idaho without conjuring River Phoenix and Keanu Reeves’s leather jackets? More recently, Van Sant spent about a year and a half writing an adaption of Michael Chabon’s Prince of Fashion, a book about a father and son that go to Paris Fashion Week. “That was literally about fashion,” Van Sant explained, referring to the screenplay. “This was Alessandro’s designs, but also things he likes that are linked to designs, and also just linked to his world. And sometimes they were my favorite things.”

What’s the message of Ouverture, then? “I think [what] I get from the episodes is the existence of a girl in Rome, going from day to day,” is all Van Sant would say. Michele was even more noncommittal. “There is no such thing as an ultimate and final meaning, because that would end up in reducing the sensible to the intelligible,” he wrote in his press notes. “It would mean to betray that marvelous and endless overabundance of sense that we all carry along with us. After all, that is where the enchantment of life lies: in the infinite variety of its possibilities.”

That might wind up being the lasting takeaway of this project: of just how many possibilities there are beyond the traditional runway. Referring to his announcement last May that he would shake up the Gucci formula, Michele said, “I promised that things would be different. I told you we need to slow down, we need poetry, we need to talk about different things. And I found a travel companion… I learned from Gus a great lesson, that it’s possible to work with other people, to blend different languages, that it’s possible to experiment. Working in a multidisciplinary way was really nice. I needed experimenting and that was an experiment.”

Gus Van Sant and Alessandro Michele’s Ouverture of Something That Never Ended will premiere at Vogue’s Forces of Fashion summit on November 16, after which all episodes will be streamed on Vogue Runway from November 16 to November 22.