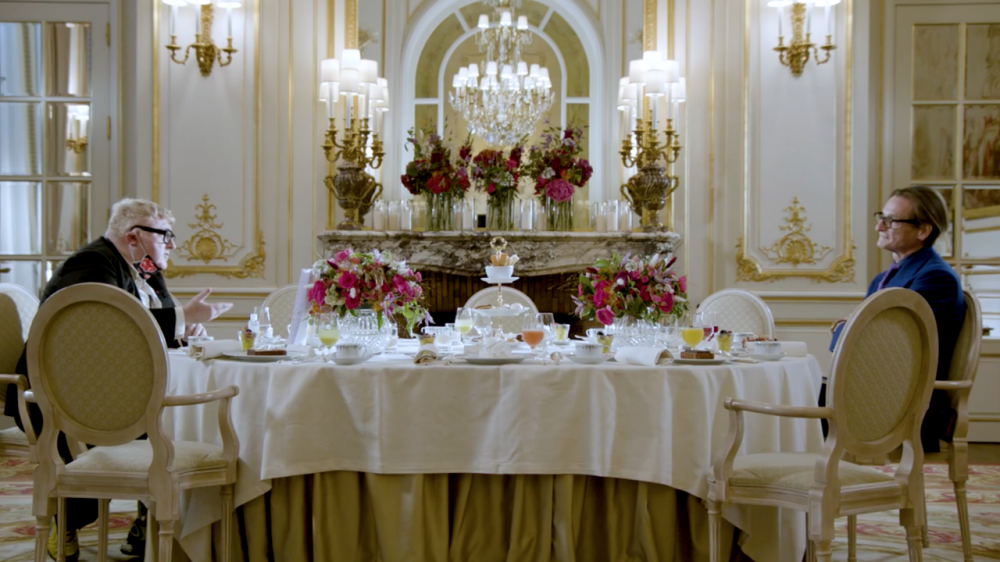 Alber Elbaz had big news for Vogue’s international editor at large Hamish Bowles when they sat down in the Paris Ritz for their Forces of Fashion conversation. The designer, who entered into a partnership with the Swiss luxury group Richemont a year ago, has taken his time developing the new concept, but now he’s ready to talk. The label has an official name, AZ Factory, a new visual identity in the form of a spare, graphic face with big round eyes—it looks like a computer rendering of his face sketches—and a loose date of late January for its formal debut, presumably tied to the Paris couture shows.

“Our mission?” Elbaz asks in a brief intro video that rolled before his conversation with Bowles. “Not a revolution, not an evolution. A reset. This is not Alber Elbaz come back, this is the birth of AZ Factory.” In their chat, he expands on that idea.

“I feel good in studios, I feel good making things. I thought it was time to give back everything I learned through the years,” he begins. “Our job as designers is not just to create fashion shows, but to work around needs and then to bring the dream, and combine somehow function and fashion. More than that, I remember what Meryl Streep told me, that I always helped her to be a better version of her, and not to transform her. I think this is my job, I’m not trying to transform anyone, I’m just trying to make everyone, as much as I can, a better version of themselves.”

AZ Factory is a startup—one with the backing of a luxury group, but a startup nonetheless, and Elbaz likes that aspect. “For the first time I want to give birth to a new story and not to recreate or replace someone else. It’s a moment of change we are living today, and this moment of change, from my end, was starting a little smaller, a little bit more humble…. I want to look at fashion from a different perspective.”