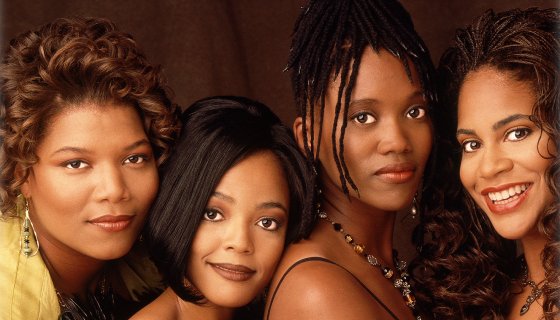 Friends, that beloved TV show that had the most minimal of diversity is getting a reunion, and a certain segment of Twitter is incredibly excited. However, we’ll use this moment to point out that the show was created as a whitewashed alternative to the great Living Single.

Today (Feb. 21), the cast of Friends all took to social media to write “It’s happening,” confirming that a reunion is on deck. So soon enough, the #FriendsReunion hashtag started trending.

Not too long ago, one of its main stars, . Immediately the colonizer-type sentiment was taken to task considering Friends itself was created in reaction to the success of Living Single, the latter which premiered in August 1993 while the former arrived about a year later.

The Living Single cast included a medley of strong Black actors include Queen Latifah, Kim Fields and Erika Alexander. But while Friends ran for 10 seasons, Living Single only managed five, despite both being produced by Warner Bros. Criticism at the time included WB not promoting Living Single nearly as much as it did the vanilla-casted Friends. Both were set in New York City, but you rarely saw a person of color in Friends until later in its run, and after criticism for its lack of diversity.

As for the reunion, Variety reports it’s actually the Friends cast (Jennifer Aniston, Courteney Cox, Lisa Kudrow, Matt LeBlanc, Matthew Perry and Schwimmer) getting interviewed for an untitled unscripted special on HBO Max. It will go down at the original Warner Bros. Studio soundstage where the show was filmed in Burbank, CA But let’s not history forget how Friends was created to hop on a wave started by Black people.

That said, you can stream Living Single on Hulu or catch reruns on TV One.