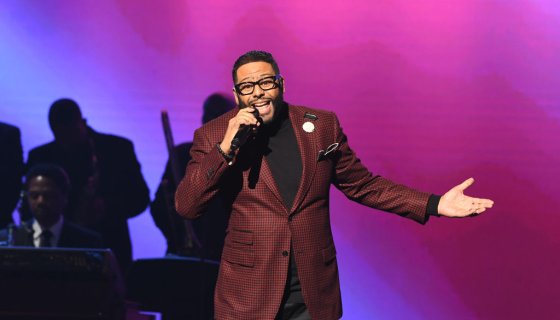 One our culture’s most vibrant souls continues to be a hot topic. An influential voice from the New Jack Swing era is speaking about his former love.

As spotted on The Grio Al B. Sure! is not disclosing more about his relation the late . In an interview with Fox Soul the “If I’m Not Your Lover” crooner revealed that the two were once married. “Every time I post something, I forget it’s me,” he said during an interview with Fox Soul. “I’m a grandfather so my concern is not being popular and trying to get numbers and likes. That’s not what I do. But I posted something the other day, talking about my ex-wife—yeah, I said it. My ex-wife! Kimberly.”

#AlBeez 🐝 around the 🌍#ThatLookWhen You were way too young to know that you actually got it right! Mom #KP & #Twincy 1st haircut 💇‍♂️Don’t let the smiley face fool ya. He was not having it w/ this face in the barber chair, trust me. #BlondHair down his back to a quick #freshHow2Go! I guess he was always a seasoned actor 😂 Love & Light #Popz @quincy @ladykp #twinning #restMomrest

He went on to detail some of their early years of courtship. “I moved Kimberly from Columbus, Georgia to New York,” he explained. “That’s when we started searching for her modeling career and things of that nature. I hate to see the blogs and all that who like take…I don’t answer to nobody. I’m an OG. I’m almost 52 years old. I’m a grandfather. You know the only person I answer to? My grandson now.” He concluded, “so whatever the case is, I just want the truth to be told.”

Kim Porter shared a son with him, Quincy, and three kids with . She passed away in November 2018 due to pneumonia.