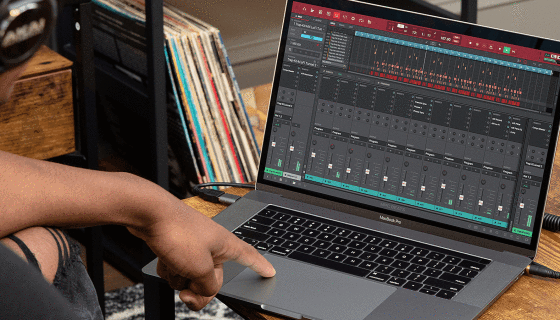 Have you always wanted to become the next , , , Just Blaze, or old Kanye West? Akai is now giving you that opportunity and won’t cost you a dime.

Akai, who is more well-known for his beat-making hardware like its popular button-mashing MPC machines, is now looking to push its software. The company announced its new ‘MPC Beats’, a streamlined digital audio workstation. The new software seemingly builds off its existing desktop software, making it more straightforward for the entry-level beat maker but for the price of free 99.

Once downloaded and installed, users, will have access to Akai’s three virtual synths (Bassline, Tubesynth, and  Electric) plus 80 effects plugins. On top of that, it comes loaded with 2GB of sample sounds, which will get you started on the road to your beat-making aspirations.

If you’re worried that you will be significantly limited by only having to use Akai’s plugins, don’t worry. That won’t be the case. You will be able to install third-party virtual studio technology AND can even use ‘MPC Beats’ as a plugin with other digital audio workstations.

Of course, ‘MPC Beats’ works smoothly with its own hardware, making it a breeze when linking your MPK Mini Play, for example, pads with its virtual counterpart in the software quite easy. If you happen to own another brand of beat machines like Korg or Native Instruments, don’t worry, it will work with the ‘MPC Beats’ software as well.

There are some limitations to ‘MPC Beats,’ the software only has eight MIDI/instrument tracks and two audio tracks. Now for a beginner, that is more than enough to make a basic song, but as you progress, you may want more to work with eventually. But that’s an issue that could be overlooked due to the software being free.

So if you’re interested in getting your beat-making career started, you can head here to download the software. You can also peep the video introducing Akai’s ‘MPC Beats’ below.