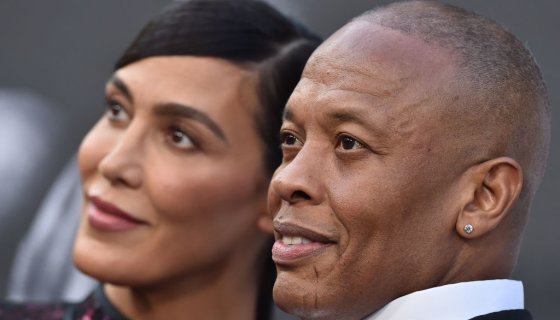 Back in late June, it was announced that Dr. Dre’s wife Nicole Wolf was moving by filing divorce paperwork citing “irreconcilable differences.” It was believed at the time there was no prenup in place, but that’s not the case at all.

TMZ is reporting that Dr. Dre has finally answered his soon-to-be ex-wife’s petition for divorce. In his answer filed by Disso Queen Laura Wasser, Dre states he has no problem providing spousal support for Wolf. But when it comes to deciding who gets what when it comes to property distribution that will be “governed by their prenuptial agreement,” the celebrity gossip site reports.

According to TMZ, Wolf did not mention the prenuptial agreement in her petition for divorce, and sources close to her conveniently failed to disclose that information to the gossip site. So, based on reporting, Wolf is not entitled to half of Dre’s reported $800 million fortune.

As for the kids, that won’t be an issue for Dre and Wolf being that their 3 children are adults. In Dre’s answer, he revealed March 27, 2020, as the date of the separation.

This latest news involving the legendary producer, and founding member of N.W.A’s shared an featuring  Wokepernick, aka Colin Kaepernick. We have no idea what the meeting was about, but we expect something epic to result from it.