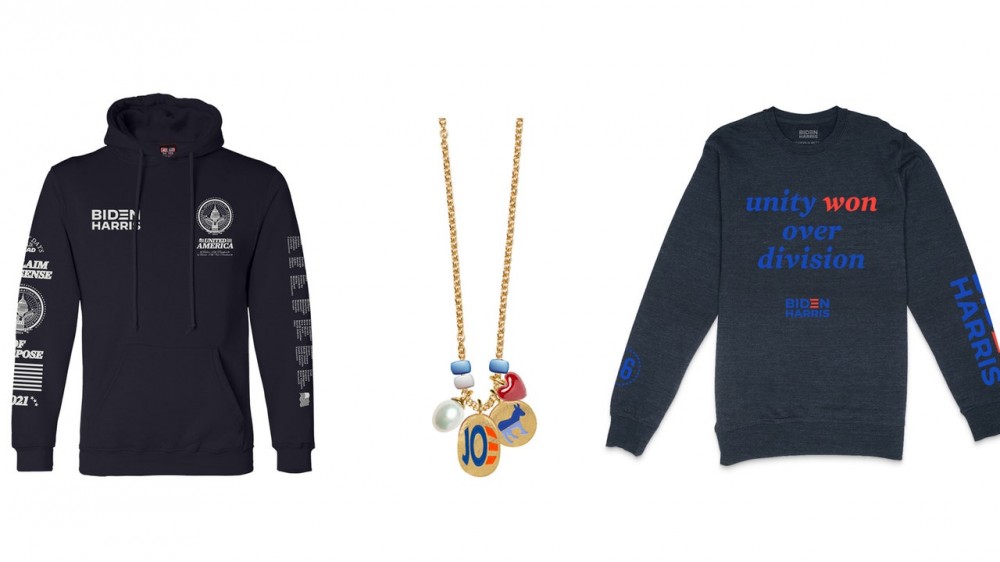 In one week, Joe Biden will become the 46th President of The United States and Kamala Harris will become our nation’s first Madam Vice President. While the circumstances leading up to the upcoming inauguration on January 20th have been unprecedented and unnerving, the swearing-in of President-elect Biden is a hopeful symbol of brighter days ahead. Throughout his election campaign and after declaring victory, Biden has consistently urged all Americans to come together as a nation and “believe in better,” which is a sentiment that carries more meaning and urgency today than ever before.

In early September, President-elect Biden and his team tapped 19 of the country’s most celebrated designers to pay creative homage to the slogan with a special Believe in Better collection. Those like Prabal Gurung, Aurora James, Thom Browne, Proenza Schouler, and more created their own signature merch in support of the Biden-Harris ticket. There were t-shirts emblazoned with the word “vote,” as well as bucket hats bearing the name “Joe” in bold font. Today, the Believe in Better collection, which is made entirely in unionized American factories, is back just in time for inauguration day and with several new designs featured. This time around, Gabriela Hearst has created a tie-dye sweatshirt with patches featuring the number “46” and the inaugural seal; Roxanne Assoulin has crafted beaded bracelets that spell out phrases like “come together” and “unity.”Everything in the collection is priced at $150 and under.

James, whose first Believe in Better sweatshirt read “We Make The Difference,” has designed a pair of socks featuring the “46” just below the logo for her label Brother Vellies. “There haven’t been a lot of opportunities to design from a place of pure joy in the past year, but this was really that moment for me,” James says. “I will remember and cherish these pieces for the rest of my life. We are finally able to breathe again, at least in some ways. And even when these socks are vintage, sitting my drawer, they will symbolize this moment of collective freedom.”

Below, shop the new Believe in Better collection in celebration of January 20th–and brighter days ahead.