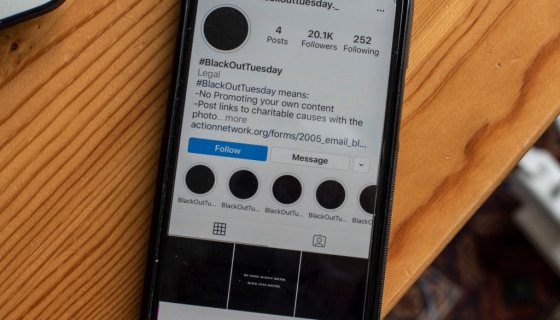 was a noble cause but wasn’t executed properly inadvertently silencing Black voices in the process. Instagram is now vowing to that it will ensure that it won’t happen on its platform again.

Earlier this month, Instagram came under fire following the #BlackOutTuesday movement. The protest was initially organized by workers in the music industry, and  users have been sharing photos of black squares in solidarity with black victims of police violence. Instead, Instagram was accused of “shadowing banning” or blocking important information related to the protests because people were also throwing in the #BlackLivesMatter hashtag.

Instead of seeing content related to the marches, videos of police abusing their power, users noticed the #BlackLivesMatter hashtag was nothing but black squares. As one Twitter user pointed out:

“It’s not helping the algorithm amplify Black voices, it’s silencing them in an effort to let everyone know that you’re silencing yourself and I feel that’s counterproductive.”

My entire Instagram feed is just plain black squares when it was previously full of news and resources. It's not helping the algorithm amplify black voices, it's silencing them in an effort to let everyone know that you're silencing yourself and I feel that's counterproductive.

“The irony that we’re a platform that stands for elevating Black voices, but at the same time Black people are often harassed, afraid of being ‘shadowbanned,’ and disagree with many content takedowns, is not lost on me. This is a moment when people around the world are rightfully demanding actions over words, and we owe the same to our community.”

As we previously reported, Mosseri also stated that Instagram will also review policy are being applied to Black content creators in hopes to help amplify their voices.