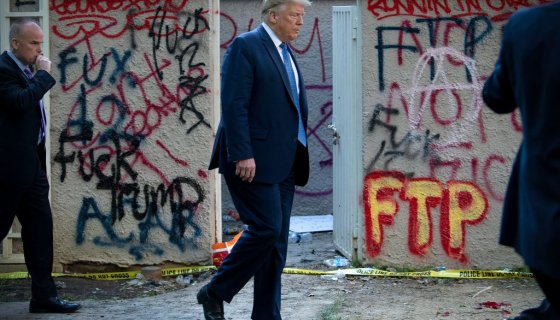 In the wake of the George Floyd and calls for the across the nation, the Paramount Network has decided it was the right time to cancel the decades-old show Cops as the appetite to watch police “protect and serve” isn’t exactly at an all-time high.

The New York Times is reporting that after 30 years the show that turned everyday policing into an Avengers-ish occupation will not be making it’s 33rd season premiere come June 13 due to the current social-political environment that’s driven millions to protest police brutality in the US and other parts of the world. The decision to dead the show entirely comes just a few weeks after the network decided to remove the show from it’s schedule.

“‘Cops’ is not on the Paramount Network and we don’t have any current or future plans for it to return,” a spokeswoman for the network said.

Spike TV, the predecessor to the Paramount Network, picked up “Cops” in 2013 after the show was canceled by Fox, its network home for 25 years.

The cancelation of the show has been a long time in the making as the civil rights group Color of Change began campaigning in 2013 for Fox to not renew Cops and urged advertisers to avoid supporting the show.

Since “Cops” made its debut in 1989, the group said, the network, the show’s producers and the advertisers “have built a profit model around distorted and dehumanizing portrayals of black Americans and the criminal justice system.”

Exactly. Still Cops found a new lease on life as Spike TV (now known as the Paramount Network) picked up the show as the organization behind Cops argued the show “offers a highly filtered version of crime and the criminal justice system — a ‘reality’ where the police are always competent, crime-solving heroes and where the bad boys always get caught.”

Now that the show has officially been canned, Executive Director of Color of Change, Rashad Robinson says he’s glad Paramount took the proper action but “we want to see more.”

“These cop reality shows that glorify police but will never show the deep level of police violence are not reality, they are P.R. arms for law enforcement. Law enforcement doesn’t need P.R. They need accountability in this country.”

While Cops has been a ratings dud for a hot minute, given the divisive political climate that Donald Trump seems to immerse himself in we wouldn’t be surprised if he tweets out an “angry” statement calling for the show to be put back on the air to keep his MAGAts energized and hoppin’ mad. Heck, FOX might pick up the show back up if Trump’s favorite new far-right network OAN doesn’t beat them to it.