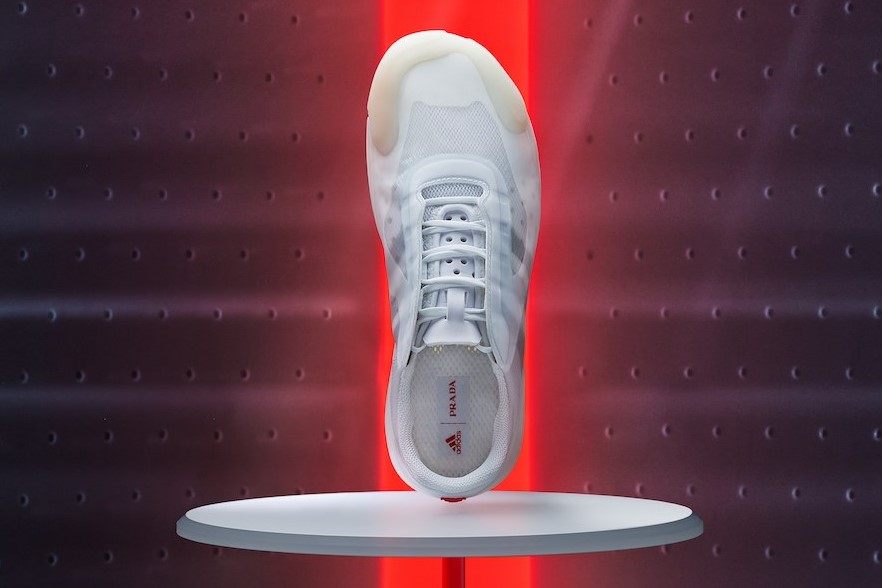 adidas and Prada have done it again for the stylist in the street, sneaker freak in the head. Following their debut collaboration, where Prada did their Italian luxury thing to the classic adidas Superstar silhouette, the two respected design teams are back for a second round, this time developing an entirely new style: the A+P LUNA ROSSA 21.

In a collaborative development process lasting more than a year, adidas and Prada drew on their impressive back catalogues to create a product that synthesises both brands’ design and performance expertise. “From the start, this collaboration has been about bringing two world-renowned brands together to explore heritage, technology, and innovation,” says Nic Galway, senior vice president design at adidas Originals. “I think it almost goes without saying that both adidas and Prada have extensive archives full of extraordinary products from which to draw inspiration,” he notes.

adidas’s preeminent position in sport needs no introduction, but what you may not know is that Prada has had a sailing team since 1997, taking part in the oldest international sporting trophy, the America’s Cup, for more than 20 years (the trophy itself is affectionately called ‘Auld Mug’, which is not a yo’ momma joke). Both Prada’s sailing team and their boat are called LUNA ROSSA, which is where this new collaborative shoe gets its name.

“Performance innovation was key for this project,” Galway emphasises. “For us it was always going to be essential to create a silhouette that enabled the Luna Rossa Prada Pirelli Sailing team to compete at the highest level. So, throughout the design process, we worked closely with the athletes, listening intently to their needs and incorporating their insights,” he says, explaining that workshops that brought the Prada sailing athletes together with adidas designers were hosted throughout. “Then, once we had prototypes for the Prada team to wear, there was an extended testing period where feedback was synthesised and used to inform the final shoe design.”

“At adidas we like to think about collaboration as one way to unlock new ideas about the very nature of design. Looking back at the storied legacy of the Prada America’s Cup silhouette allowed us to rethink the essential aspects of performance footwear, with the aim of crafting a new icon for the future” – Nic Galway

Kept strictly under wraps until now, the A+P LUNA ROSSA 21 has started cropping up on a few of the brands’ celebrity friends’ feeds. Proving that the style isn’t just for pro sailing teams, Yara Shahidi took her pair to a basketball court for a spin, vintage sportswear connoisseur Sean Wotherspoon went skating (confirming to fans that they held up against hours of kick flips), and Jonah Hill gave us American Open realness in a suit and sneakers look.

A true combination of each brand’s design heritage, the A+P LUNA ROSSA 21 shoe fuses two genuine icons of design with adidas’s 3 stripe visible under the shoe’s sheer upper and Prada’s iconic red LUNA ROSSA logo line running up the back heel, cutting a neat crevasse through the bumper.

“At adidas we like to think about collaboration as one way to unlock new ideas about the very nature of design,” Galway explains. “Looking back at the storied legacy of the Prada America’s Cup silhouette allowed us to rethink the essential aspects of performance footwear, with the aim of crafting a new icon for the future.” Both brands have outlined their commitment to sustainability in recent years, Galway adds, noting that it was “at the forefront of our minds” when crafting this shoe.

“For adidas and Prada, it’s all about a meticulous attention to detail and an unrelenting desire to push the envelope when it comes to precision and high-performance design,” Galway says, noting that “the essential focus of this project has been on the athletes themselves”. Through a development process dedicated to probing the “tension between iconic DNA and performance”, adidas and Prada have crafted a shoe in which form and function are “inherently symbiotic”, delivering a future classic that fashion fans and pro-athletes alike will prize.