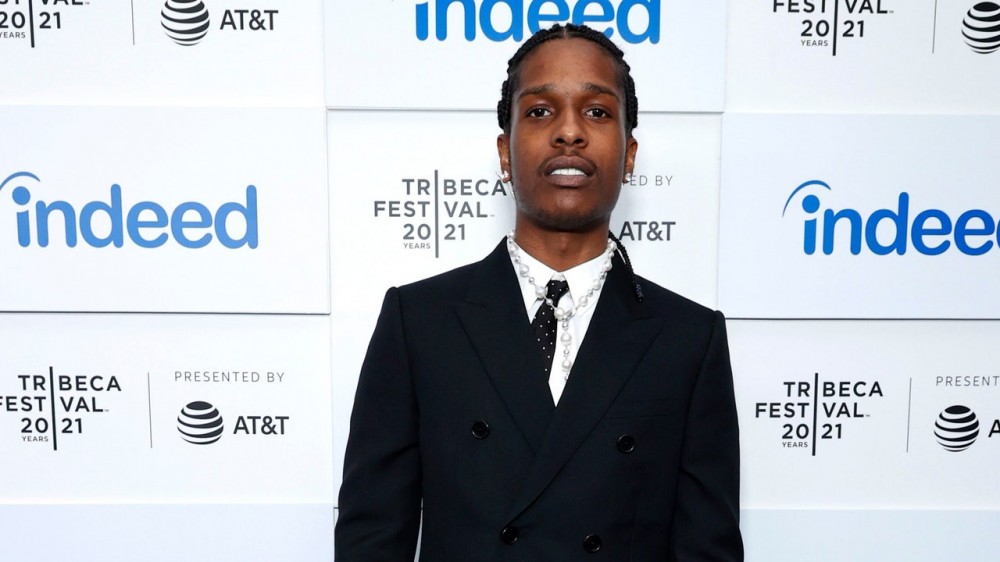 Hang this new A$AP Rocky look in a museum, and call it Boy with a Pearl Necklace. Last night, the rapper attended the premiere of his new documentary Stockholm Syndrome at the 2021 Tribeca Film Festival in New York, where he proved that sleek suiting and pearls is one winning combination.

The star punctuated his skinny, black double-breasted suit by Celine with a tasteful strand of white pearls around his neck. Draped in front of his tie, it instantly gave his polished two-piece an unexpected, elegant twist. Of course, Rocky is no stranger to a bold accessory—he’s rocked everything from babushkas to Victorian chokers—but these pearls are a fine example of subtle statement dressing. He also added a giant pearl ring and spiked earring, as an added treat.

As they are mostly associated with ladies who lunch, or with fabulous grandmothers, pearls have a refined, sometimes stuffy reputation. But Rocky managed to make the dainty piece cool and youthful, not to mention a surprising new menswear staple to consider for evening attire. Young Thug, Harry Styles, and more stars are all fans of pearls, too. So, be right back while I officially raid my grandma’s jewelry box. (She won’t mind, promise.)