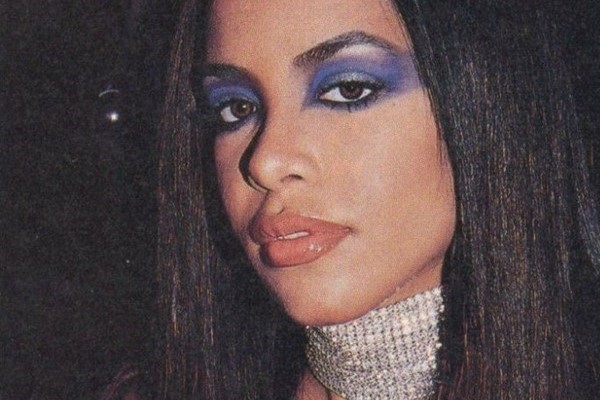 As Aaliyah’s final album lands on streaming services, Derek Lee reflects on collaborating with the superstar and her everlasting impact on fashion

It’s hard to believe it’s been 20 years since Aaliyah tragically died at the tender age of 22. At the time of her passing, she was already a superstar, having just released her third studio album, Aaliyah, and taken the lead role as the Queen of the Damned in the film of the same name. Though her career was cut short, her impact on music is unquestionable. The singer’s legacy continues to influence the likes of Normani, Rihanna, Beyoncé and Solange Knowles, Hayley Williams, The XX, and countless others.

Similarly, Aaliyah’s instantly recognisable style was undoubtedly the driving force behind the 90s and 00s aesthetic that has Gen Z foaming at the mouth today. A true chameleon, she effortlessly bounced from Cavalli, to Alaïa, to Tommy Hilfiger and back again, giving you street style-worthy moments time and time again. If Bella Hadid has a monopoly on trends now, Aaliyah created the game to start with; playfully experimental in everything from camo, denim, and masculine silhouettes, to statement sunnies, and logo-covered sportswear.

“Aaliyah was in her own lane, and happily,” Derek Lee, the mastermind behind her iconic looks, tells me. “Nobody was doing it like her, she owned that look. And even if they did, they looked like Aaliyah.” He’s right. While widely overused, the word ‘iconic’ is the only appropriate way to describe her pantheon of music video looks. From the bejewelled choker and matching bra from “Try Again” to the Dapper Dan-designed futuristic Chanel jumpsuit in “More Than a Woman”, the looks she turned back then feel just as fresh today.

Her red carpet moments deserve credit too: somehow pulling off an ankle-skimming fur coat with Timbs and her look for the 2000s VMAs, a zebra print dress with plunging neckline and feather-lined trim courtesy of Roberto Cavalli. Being responsible for any one of these moments would be daunting, let alone all of them, but the musician’s presence and fearlessness rubbed off on Lee and the rest of her creative team – including make-up artist Eric Ferrell who sadly passed away last year. “Working with Aaliyah was definitely a vehicle for me to be able to shine, because she shined always,” the stylist reflects. “It made me elevate my game in order to match hers.”

Here, we speak to Lee about Aaliyah’s longevity, working with Dapper Dan, and where he would have loved to take her style.

Hey Derek. How are you feeling with all the attention around Aaliyah at the moment?

Derek Lee: It’s usually hard for me to listen to it, not all the time, but generally. Recently, since there’s been so much attention, I’ve been getting so many calls and a lot of interest in our stuff so I’ve been watching her videos and listening to her music and looking back in amazement. She looks so good and her style has really stood the test of time.

How does it feel to see the impact you’ve had on fashion and style?

Derek Lee: Fantastic. It couldn’t have been done with anyone else. Aaliyah’s energy, her competence, her swagger was just as much of the equation as the wardrobe was. If I was to put that on someone else, it would have looked and felt completely different. Aaliyah always hit the mark with the right balance of everything: masculine, feminine, sexiness, and innocence.

How did you first start working with Aaliyah?

Derek Lee: I was out in Los Angeles doing a music video for someone. I was on my way back to the airport and someone who had worked on the video was about to change jobs. She liked the stuff I had brought and told me she was working with a girl called ‘Aaliyah’ at this other label called Blackground. This was early on, but I knew who she was and knew her style was right up my alley.

I hopped on the plane back to New York and when I touched down I had a message saying they wanted me to hop back on the plane and fly back to Los Angeles to work with her.

”Aaliyah always hit the mark with the right balance of everything: masculine, feminine, sexiness, and innocence” – Derek Lee

Derek Lee: Everyone who knows her will tell you the exact same thing: she’s the sweetest person in the world. She was mature before her years, but still embraced being a young girl and wanted to live that life; she was happy growing up at her own pace. Creatively, she knew exactly what she wanted and she didn’t have to compete with anyone, there was no one else in her lane.

What would be the collaboration process when working together?

Derek Lee: Aaliyah trusted me wholeheartedly and I never disappointed her. I always came with what I knew she would want, which was an elevated sense of her style, but I would always bring something that pushed the envelope slightly. I was sensitive to her age and the way she was feeling.

For music videos, she would tell me: ‘I want to look futuristic’ and then left it up to me to go and get her that stuff. Having the kind of relationship we did, I always made sure I found the right stuff and 9 times out of 10 she would think it was cool.

Where did you pull inspiration from for the looks?

Derek Lee: First, I would go through magazines – the really expensive ones – and look at all the shows that happened in Milan and Paris. I would look at the spreads and ads and pull tear sheets, deciding which looks I wanted. I wouldn’t be able to get them all, so I would have to do a variation or have something custom made to achieve the look or feel that I was going for.

Do you have a favourite look or project that you worked on with Aaliyah?

Derek Lee: It always changes. Whenever I look back, I’m always shocked at how solid some of these looks are. Sometimes it’ll be “Hot Like Fire”, sometimes it’ll be “More Than A Woman”. At this particular moment, I’ve been looking at her videos a lot and I’ve landed on “Try Again”. It’s an obvious one and I don’t generally pick obvious ones, but it’s so iconic. Looking at the video and her in the outfits, she owned that and she messed it up for everyone who would ever want to do anything similar.

Why do you think her style still resonates today?

Derek Lee: It never goes out of style in urban neighbourhoods where Black people are, it’s a staple. I think it has a lot to do with her though. She was stylish, strong, confident, sexy, and feminine, but still a badass. She combined all those things together and sold it. That’s exactly how people want to feel when they reference Aaliyah, it’s a strength. I think that’s what it represents and that’s why it’s held its own in fashion.

What do you miss most about collaborating with Aaliyah?

Derek Lee: I miss the synergy we had and she had with everyone. We were always on the same page without really having to speak, before we got on set. She would give us freedom to imagine and make anything we imagined come to fruition.

She really appreciated people who were creatives, she went a really long way to let us know that. So we went all out for her. Anything that came into my head, I felt free to be able to explore it with her. Eventually what I wanted to do was turn her into an anime character because that’s what I was into at the time. I really wanted to steer her wardrobe towards a futuristic, Japanese kind of robot. From “Try Again” onwards, that’s what my focus would have been.