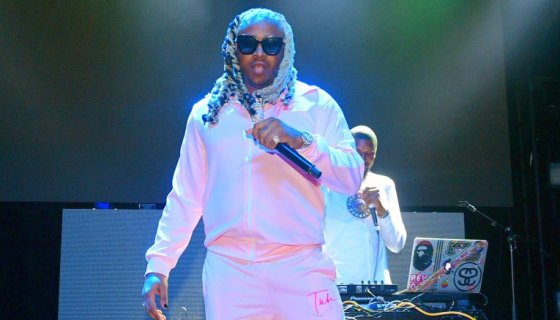 A1 Bentley, a music producer and member of the cast, is facing a lawsuit after a teenage music artist claimed he took her and her dad’s bank account for a ride. C Marie, 18, entered into a production contract with Bentley but says that he failed to deliver thus sparking a $1.8 million lawsuit.

The Blast reports that Bentley, real name Floyd Bentley, and C Marie, real name Carley Marie Masten, began working together after the singing of the contract which stated that Bentley would craft songs for Ms. Masten and also help develop her talent. In the lawsuit filed with her father, Jeffrey Masten, the plaintiffs claim that Bentley essentially dried up Mr. Masten’s funds and did not hold up his end of the contract’s bargain.

In the suit, Jeffrey explains Carly is his daughter who performs under the name “C’ Marie.” The two claim A1 was “a music producer with a reputation as a credible professional with hit songs to his name and was seen as an establish star in the entertainment industry. Defendant Bentley’s credits include songs with renowned artists of the likes of Usher, Chris Brown, Ty Dolla Sign, Wiz Khalifa, and G-Eazy.”

They accuse him of having “quickly transitioned from star producer to one who began to lose his luster and become so desperate to make money he no longer cares about doing quality work, just stealing money from inexperienced people hoping to get into the music industry (as the Plaintiffs both were when they met Defendant Bentley.)”

The outlet adds that Bentley and C Marie began working together in 2018 and added in the suit that she was “induced” to hand over $376,000 for a 12-song album, three music videos, and other perks under Bentley’s guidance. Mr. Masten allegedly lost his entire savings by investing in his daughter’s career, and the suit claims many of the promises made never came to fruition.