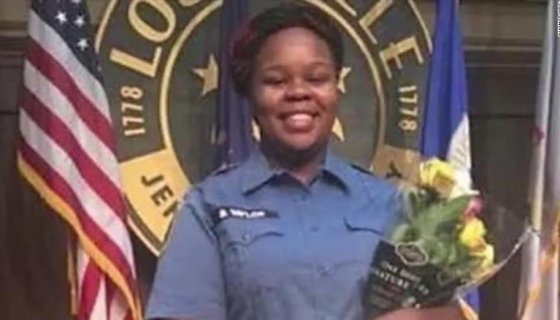 A detective involved in the murder of has been fired.

On Tuesday (Jun 23), the Louisville Chief of Police announced the firing of one of the three officers involved in the murder of EMT Breonna Taylor in her home back in March. According to NBC, to Louisville Metro Police Department detective Brett Hankison, chief Robert J. Schroeder said that the detective violated , and deadly force standards when Taylor was killed.

The letter calls out the officers for not only not following protocol to execute the warrant but also for utilizing the no-knock method on March 13, but also for “wantonly and blindly” firing 10 rounds, Schroeder wrote. “These rounds created a substantial danger of death and serious injury to Breonna Taylor and the three occupants of the apartment next to Ms. Taylor’s.”

Schroeder added that Hankison fired those rounds without knowing if that deadly force was directed at someone who posed an immediate threat.

“Based upon my review, these are extreme violations of our policies,” Schroeder continued. “I find your conduct a shock to the conscience.”

, Breonna Taylor was shot to death while in her home on March 13 during a drug investigation focused on a “trap house” several miles away. According to police at the time, Taylor’s address was listed on the warrant because the apartment had allegedly been used to receive mail or keep drugs for a man that authorities were searching for named Jamarcus Glover, who was already in police custody when Taylor’s home was raided.

While Hankinson has been terminated, there has been no word if there will be formal criminal charges. The other two officers involved in the incident have been placed on paid administrative leave.

The death of Breonna Taylor has drawn widespread criticism, prompted protests around the country, and led to a local ban on “no-knock” warrants with the In a call for justice, asking for formal charges to be brought against all officers involved.