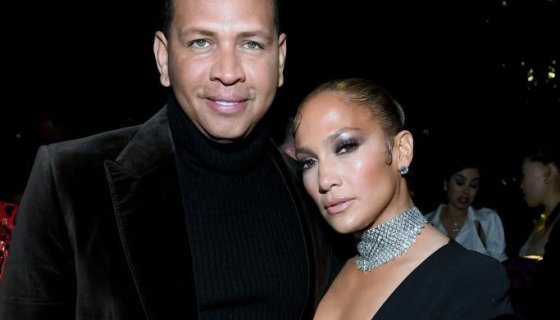 New York City sports franchises have a history of having some of sports history’s most notorious owners both loved and loathed. Whether it was the Yankees George Steinbrenner or the Knicks James Dolan, fans knew who to cheer or jeer in the Big Apple based on the success of their respective teams.

Now after more than a decade of stinking up the MLB and streets of Queens, it seems like the New York Mets will finally get some new owners, but they may not necessarily be the people hardcore Mets fans will welcome to the owners box. Variety is reporting that major league baseball pariah and his world famous fiancé, Jennifer Lopez are in serious talks to buy a controlling stake in the cornerstone MLB franchise.

The report states that the power couple have retained the services of JP Morgan in an effort to raise the capital to make a bid on the team in the near future.

The superstar couple is working with managing director Eric Menell, the bank’s co-head of North American media investment banking, said the people, who were granted anonymity because the matter is private. Menell didn’t respond to several requests seeking comment.

It would seem like a match made in heaven as Rodriguez once teased the idea of taking his gold shortstop glove to Citi Field in Queens while in the prime of his career in 2000, but ultimately ended up signing a ridiculous contract with the Texas Rangers. As if that wasn’t enough to have Mets fans boo him like there was no tomorrow every time he went to the plate, Rodriguez was eventually traded to their crosstown rivals, Yankees and won a chip while in the Bronx. Couple those things along with A-Rod getting outted in the steroid scandal of the late 00’s and you have a pretty good recipe for hating till your dying day.

J. Lo on the other hand would be welcomed with open arms wherever she goes. It’s her plus-1 that rubs the majority of baseball fans the wrong way. Just sayin.’

After more than a decade of fans calling for the team to be sold due to horrible management, the Wilpons finally decided to sell 80% of their stake in the team this past December to hedge fund heavyweight Steve Cohen (no relation to Michael), with the Wilpons still maintaining control of the team for five years. Naturally the sale fell through as Cohen wanted to amend the terms of the agreement.

Now it seems like A-Rod and J. Lo are ready to pounce on the golden opportunity before them, but is this what Mets fans really had in mind when they began demanding that the Wilpons sell the team?

Be careful what you wish for, right?