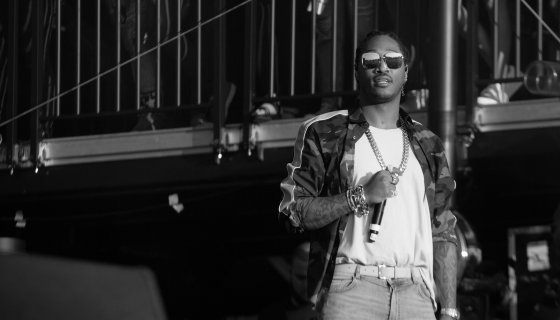 The is a remorseful one as well. In a new XXL interview, details he is still feeling the impact of fellow rapper Juice WRLD’s tragic passing.

In his feature cover story XXL’s Spring 2020 issue, Future revealed he is still coping with the “Lucid Dreams” untimely passing. He stated that he “It was heartbreaking about Juice. Still to this day, I’m heartbroken,” and added, “Rest in peace to Juice WRLD. He’s a great artist. He had so much more to do.”

Juice tragically died four months after suffering a at Chicago’s Midway International Airport. He reportedly ingested several Percocet pills in an attempt to hide them from federal agents who were allegedly tipped off. The incident put the rampant amount of drug abuse and glorification of it in the Hip-Hop community into the spotlight. Juice WRLD wasn’t shy pointing out in multiple interviews that Future was the one who introduced him to highly addictive drug lean.

In an interview with Vulture, Juice WRLD revealed he told the “March Madness” rapper That’s the first thing I told [Future],” and “He just was like, ‘Wow.’ He kind of apologized.”

In the XXL interview, Future made it clear that it was never his intention to introduce Juice WRLD, listeners or fans to drug use and pointed there were plenty of other music artists promoting drug use before him.

“It was so many people that came before me that talked about drugs from rock ‘n’ roll stars to pop stars to people aware of other artists going to rehabs and aware of other artists’ overdose and there is so many other people that was a part of this world way before me. It’s just like, I probably shedded more light on it and brought more attention to it from my cadence or my charisma … Me having an influence on that, I just feel like … that is not my intentions. My intention was just to be me … I wouldn’t want no one to go through anything to harm they self or to bring death to they self and Juice WRLD is a touchy situation. I’m heartbroken by the whole thing. My heart goes out to his family, his mom.”

Future was also asked about his musical relationship with his “Life Is Good” collaborator Drake and the status of the sequel to their joint album What A Time to be Alive. He stayed tight-lipped on that but did express that he and the 6 God are always working.

Other topics he also touched on his next studio album, love life, and who he believes is the most influential artist out right now. You can read the entire XXL interview when you go here.