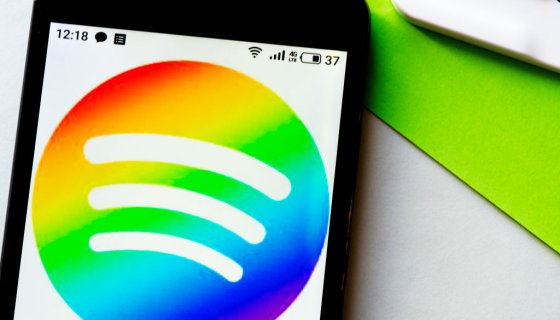 At this point music is a basic necessity for millions of people. So when one of the largest streaming platforms goes haywire it’s a big problem.

On the morning of Friday, July 10 millions of smartphone users woke up to problems with that they were definitely not prepared for. When people clicked on the app it crashed. Even individual attempts to troubleshoot the issue by deleting it and reinstalling it didn’t do the trick. Naturally this caused an uproar among users, both with paid subscriptions and free subscriptions.

We’re aware of some issues right now and are checking them out! We’ll keep you posted.

A spokeswoman eventually confirmed the root of the problem which was linked to another app out of all things. The outage was traced to an issue with Facebook due to some coding embedded in and also Pinterest, Tinder and PUBG Mobile. At 9:05 AM eastern time the tweeted that the issues were solved. “Everything’s now back in tune! If you still need help, send us a tweet” they wrote.

Everything’s now back in tune! If you still need help, send us a tweet.

Nevertheless the interruption was felt by many across the world thus the Swedish company heard and felt the heat in an all you can eat buffet of Twitter complaints. You can read the best responses below.

I was asleep during the great Spotify outage. So this was me when I saw #spotifydown trending and Spotify was working fine. pic.twitter.com/xwrGzq1cFt

#Spotify users Realising that they'll never be able to hate on Apple music users again without this crash being brought up 😭😭😭😭#SpotifyDown So Spotify pic.twitter.com/CzIRmd41QQ

Spotify down huh? Maybe if you had Apple Music… pic.twitter.com/EV0XS8wPoz

Me when listening to people to redownload Spotify and it still doesn’t work be like:#Spotify #Spotifydown
pic.twitter.com/mhmmXYxVbL

me when I opened Spotify and it finally worked :,) pic.twitter.com/dcZs1hvY4T

Spotify back up and running #Spotify pic.twitter.com/JBcQGwEYMg

Me watching Spotify users meltdown whilst I listen through Apple Music pic.twitter.com/WhOhz1ydVS

Me after reinstalling spotify 3 times, rebooting my phone thinking my phone is glitched meanwhile it’s down for everyone pic.twitter.com/cevrrPfSMG