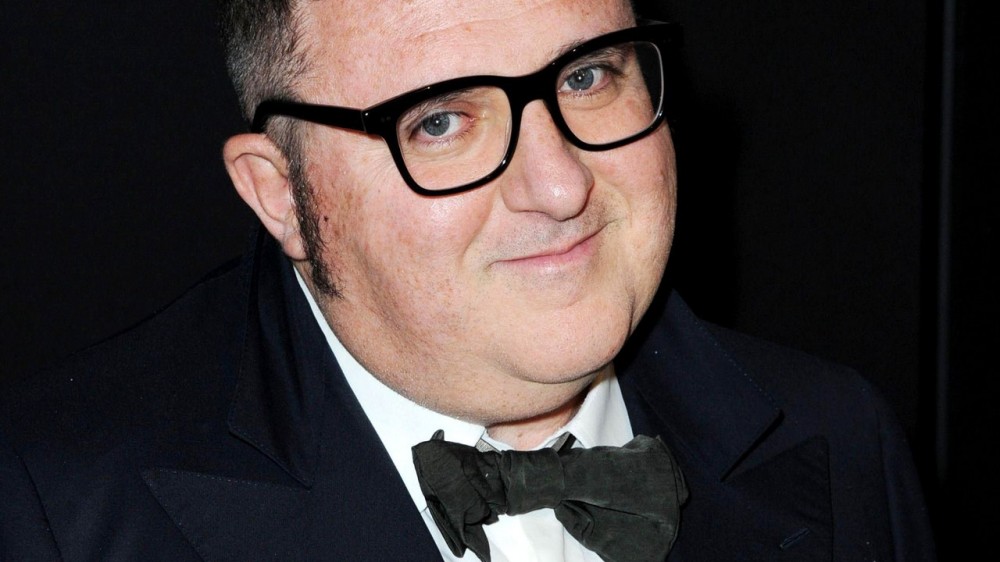 The crushing shock of the death of Alber Elbaz from Covid-19, the loss to his family, to all those who have worked for him, to the women he loved, and to those whose lives he brought so much joy to through his clothes is incalculable. Of all the designers in today’s world, Alber was the one whose entire creative modus operandi was based on the warmth of his emotional intelligence and empathy, his ability to see through the nonsenses of fashion and to liberate women from them; to see us as friends. Whether you knew him or not, his thoughtful, witty, insightful character—his honest, spontaneous, metaphor-strewn way of lighting up every conversation—made every listener feel they were in a two-way personal relationship with him. “We’re not here to transform women, we’re here to hug them,” he recently said.

That uplifting, comforting, inimitably inspiring remark came over a Zoom conversation with Alber in January, the last time I spoke to him with my colleague Nicole Phelps, global director of Vogue Runway. He was previewing his much-anticipated comeback with the launch of AZ Factory. His new label promised a whole new way of hacking the problems of the fashion system to offer women a modern “solutions-based” collection—making his leaving all the more terribly heartbreaking.

To do justice to his achievements, to measure his contributions to fashion, to contain so many indelible memories of such a complex talent into a single narrative is an overwhelmingly undoable task. His uniqueness, I think, started from how he positioned his role as a designer: not as a genius plucking high concepts from the air and dictating them, but as an ally who placed all the powers of his craft and social insight at the service of women’s lived experience. “Embracing everything about the present day, and about women’s lives, giving joy,” as he so eloquently put it.

Down to earth, humble in a way, it amounted to brilliance. The internet abounds with Alber-isms. He was an ace communicator on video, an entertaining performer who merged the funny and the serious into the same running commentary; a challenger and questioner of the speed of the industry, an upholder of hands-on analogue skills and intimacy who was taking on every development of the surge of digital and scientific information, always bringing it back to his people-centred values. The way he spoke about dressing women for awards events on a Vogue Voices video in 2013 says everything about the tenderness of his use of fashion as a weapon of courage: “When you do ‘red carpet’ and all you see is interest in a bag, a necklace and a pair of earrings, you’re missing the point. I want to see the women. I want to understand who they are.” His task, he said, was to “make the dress disappear. It’s exactly like in architecture. When you come into a room, even if it’s by a very good architect, you don’t want to say ‘beautiful architecture.’ You almost want to make it feel as if nothing was done. I have to make a piece that in the end will disappear. All I want to see is the face of the woman.”

The significance of what Alber contributed will not disappear—either from the history of fashion, or from the wardrobes of women who have kept wearing and treasuring his clothes. I first got to know Alber in 2002, in his first season as creative director of Lanvin in Paris. It was one of those visceral moments when you know that a designer is about to shift fashion on its axis. Everything about the sensibility that endeared women is there: jewels cascading down the bodices of dresses and coats, raw-edged chiffon deftly draped and knotted into ballerina dresses as if they’d just happened; the elevated realism of his chic tailoring. “Walking the finest of lines between design panache and desirable grown-up clothes… cutting a beautiful compromise between the fierce and the feminine,” I wrote after the show upon running back to my laptop.

At the time, Lanvin was nothing much. Alber put the house centre stage in Paris, transforming it into a red-hot entity, expanding on the vocabulary of that first season so that women began flocking to its stores. Always, there were his “forever” dresses, off-hand flourishes of poufed taffeta and flowing volumes of silk; crystal jewelry embedded into necklines; chunky zippers set into strips of grosgrain; pencil dresses and enveloping coats. As exciting as it was to watch, all of it was completely in step with where women were going—always created with all of his intelligence of purpose and practicality in mind.

He would sometimes explain his approach in conversational show-and-tell sessions to journalists in a salon at the Hôtel de Crillon during Paris Fashion Week. He demonstrated how he thought about making clothes that could be adapted for the quick-change, scene-shifting demands of women’s lives. He asked for opinions. He spoke about what he’d learned from friends who talked about the daily pressures of juggling children, jobs, and walking into cocktail parties and dinners while trying to appear completely together in the space of half an hour. Designers often speak about being inspired by “loving women.” Alber’s love was of the kind that really saw them.

His magnificently empathetic applied expertise hadn’t come from nowhere. Tracking back before Lanvin—the tenure that ended in 2015—Alber had been at Yves Saint Laurent womenswear from 1998 to 2001, at Guy Laroche before that, and he had arrived in Paris from having worked at Geoffrey Beene in New York since 1989. He had more than a decade of haute couture culture under his belt by the time he came to express his own vision at Lanvin.

But really, it had all started for Alber as a child. Born in 1961 in Casablanca, Morocco, Alber’s parents had emigrated with the family to Holon, a town outside Tel Aviv, Israel, when he was eight months old. His father worked as a hair colorist. He once told me the most touching story I think I have ever heard from a designer about their first memory of being interested in clothes. “We didn’t have money for toys. The only thing my parents had in the house was a chess set. When I was little, I took my father’s silver foil and started to make dresses for all the chess pieces—I made up characters for them and played with them for hours.”

At school, he drew fashion pictures inspired by his beloved class teacher in his schoolbook. Eventually, he studied at Shenkar College of Textile Technology and Fashion, but not before he’d gone through his national service in the Israeli Defense Force. The story of how the young Alber spent his army days was as telling of the creative originality and kindness of the man he was to become as anything he ever told me. “I had asthma, so they put me in charge of the entertainment of the soldiers. I saw how many were lonely away from home—and I saw how many ladies were lonely in elderly homes,” he laughed. “So what I did was bring them together and arrange dances every week. And everyone was happy!”

It’s impossible to imagine how many people across the world must have been touched by the happiness that Alber Elbaz brought to their lives in his 59 years. Most of all, thoughts go to the terrible loss being suffered by Alex Koo, his life partner. The world of fashion owes Alber the greatest debt of gratitude for all he has given. His memory will be treasured by those of us who were lucky to know him—and surely by all those who’ve loved wearing his clothes—far into the future.