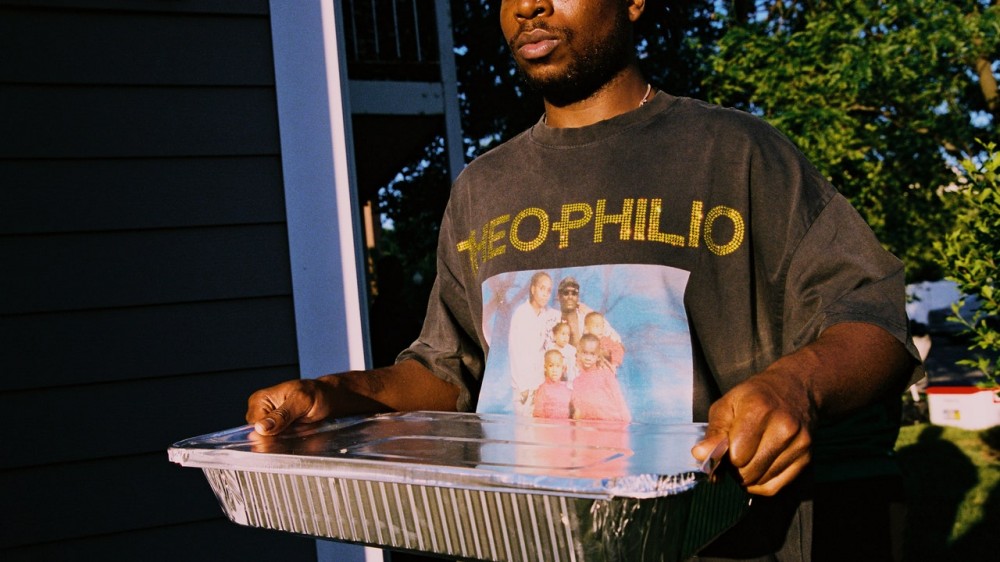 When going through his family photos last year, Jamaican-American designer Edvin Thompson, founder of  Theophilio, realized he wanted to carry his memories forward in a more personal way than just in albums. With his friend and Black Fashion Fair founder Antoine Gregory, he came up with the idea to make family photo t-shirts instead. “We need to celebrate our communities,” says Thompson, “and to push forward and find joy again, because there’s so much happening in the world right now.”

Their “Family Portrait Series” was born. At first, the collaboration was a way for Thompson himself to carry on his own family moments through fashion. “[One of the first] was the last family portrait that me, my mom, dad, two brothers, and sister did in Jamaica before we left,” says Thompson, whose family immigrated to the U.S. But as Thompson and Gregory got into a groove, the duo quickly saw an opportunity to use t-shirts to honor many other Black families, too. “That’s something that is very deeply rooted in our culture, to pay homage to people on a shirt in celebration of their life,” says Gregory.

In June, they decided to open up their orders, where customers can now submit their own family portraits and apply them onto tees as well. They’ve since received over 1,000 submissions. For many of them, it’s more than just a personal memento—it’s an opportunity to “reclaim and revalue” their own Black family portraits. “The Black family portrait is something that’s not ever been collected by museums or institutions,” says Gregory. “Prior to the 1960s, you couldn't find images of Black people that were not stereotypical, or that showed the diversity of the Black experience.”

Over the Juneteenth holiday this weekend, Theophilio and Black Fashion Fair hosted a pop-up shop in Sunset Park, Brooklyn, where customers could come and pick up their tees, or order a brand new one. Photographer Christian Cody was also on-site taking family portraits, which could later be applied onto tees as well. “It’s supposed to feel like a family reunion,” says Gregory of the event, which will be the first of many. “We have seen so many traumatic images come out of the past year, so we’re just trying to create some joy in this space.”

The family portraits that Thompson and Gregory put onto the tees this weekend—which are all made in New York, and embellished with crystals—have included large gatherings with several family members, or smaller, more intimate moments between one or two individuals. An early submission was from Dapper Dan’s son Jelani Day, who brought a 1987 image of him and his dad. “Dapper Dan is the one of the most influential Black fashion tastemakers, so that was a full circle moment for us,” says Gregory. Another tee featured an image sent in by Sola Olosunde, of his father wearing traditional Nigerian attire while immigrating to America. “That’s the image that his father took on the plane, when he came to America to make a better life for them,” says Gregory. “We are so connected as Black people, but we’re not a monolith. All our experiences are different.”

Considering the success of Saturday’s event, the duo plan to continue their Family Portrait Series for the foreseeable future. “It’s amazing that we’re able to finally have our community be a part of our design process,” says Thompson. Gregory adds that the tees are not only for the Black community, either. “It’s a celebration of the Black family, but we’ve had all types of people send in.” Whoever the customer is, the pair agree that you’re getting more than a shirt at the end of the day. “You get to pass down these t-shirts,” says Gregory. “You get to carry that image with you: it doesn't have to sit at your house or in your wallet.”