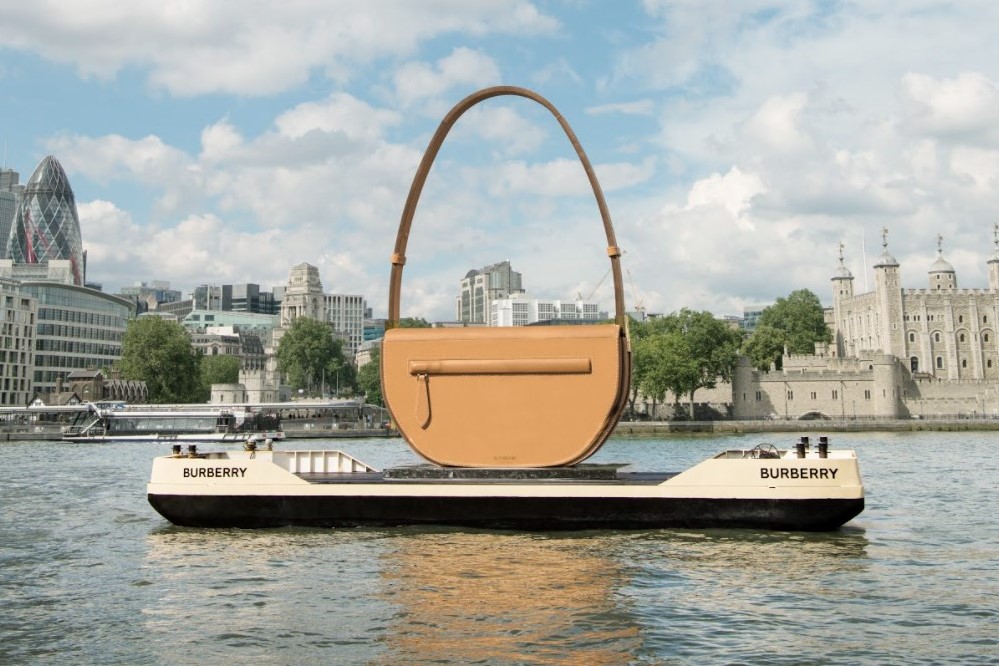 And Dazed was there to capture it on film

It’s not every day that you see a giant Burberry handbag sailing along the River Thames on a float. But on June 25, that’s exactly what was spotted by a group of unwitting passers by, as they walked across London’s Tower Bridge.

Luckily, Dazed was there to capture the gigantic accessory on film, along with some of the reactions to its sudden appearance. The onlookers, who wish to remain anonymous by name, naturally expressed surprise and curiosity. “We were shocked actually because it’s really huge,” said one woman. Another simply asked her friend, “What the fuck is that?”, with a man wearing mirrored sunglasses wondering, “Where is it going?”

In a second fortunate turn of events, we have the answer to these questions. The bag, an up-scaled model of Burberry’s sculptural Olympia bag – which launched earlier this year in an Inez and Vinoodh campaign starring FKA Twigs, Kendall, and Shygirl, who were styled by Dazed’s IB Kamara – is part of the British brand’s takeover of iconic global landmarks. On the day it was first spotted by City Hall, the bag had set sail from the Royal Victoria docks, and was making its way south towards the Royal Naval College in Greenwich where it moored. Just three days later, it made a return journey.

While onlookers marvelled at the Olympia bag’s impressive size, it had some considering adding it to their wardrobes (the actual wearable Olympia comes in mini, small, and medium sizes, FYI). “I saw the brown leather and the stitching and I was like: ‘this is for me!’,” said one. Crafted and hand-shaped in Italy by artisan makers, the bag loops beneath the arm in a unique, curved silhouette, forged from soft matte, scratch-resistant French leather. Finished with a subtle gloss, the signature accessory comes in shades other than brown such as black, burgundy, pale blue, and deep orange – and we also can’t help wanting one for ourselves.

So where will the giant Olympia head to next? Burberry tells us that it is next journeying to Dubai to make a second appearance in a slightly warmer climate. And, with the great British weather as it is at the moment, we don’t blame it.