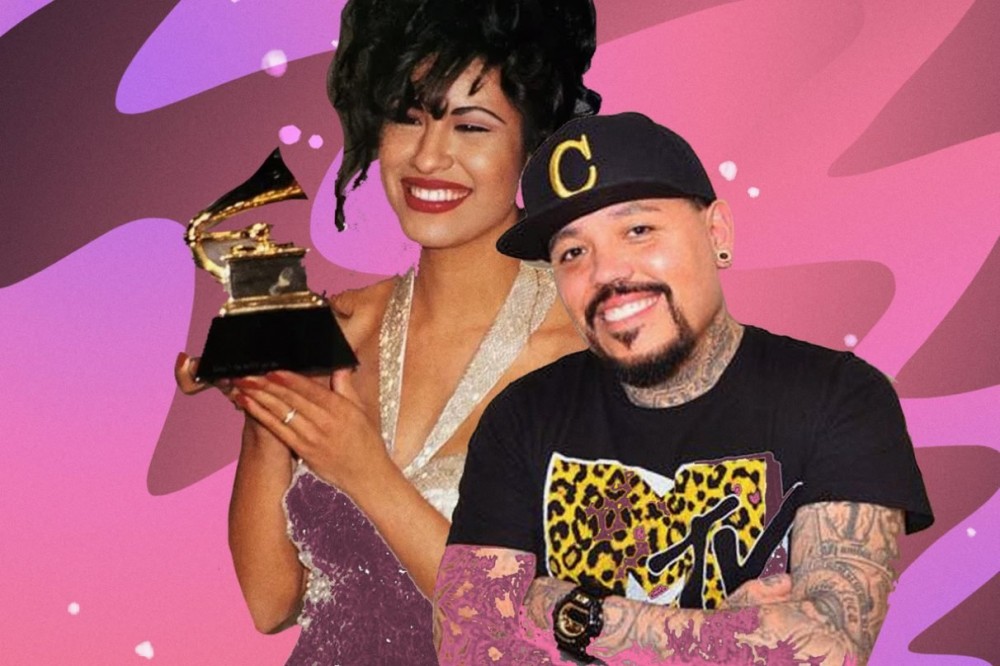 Selena is set to receive a posthumous Grammys’ Lifetime Achievement Award at this month’s ceremony. The late Tejano music queen’s family is hoping to accept the honor on her behalf.

Over the weekend, Selena’s older brother A.B. Quintanilla spoke to TMZ about who will most likely accept the award in her family. He said with the ongoing COVID-19 pandemic, Selena’s parents will most likely stay home and that he and his sister Suzette Quintanilla will be in attendance if there’s an in-person ceremony.

“Coming on the end of [the pandemic], I would say that it’s not safe for my mother and father,” A.B. said. “They probably would be staying in.”

The Academy has not specified the format of the ceremony this year. If it ends up being a virtual ceremony, then A.B. said that he and the whole family will gladly accept the award from the couch while “throwing some popcorn up in the air” in celebration.

A.B. also spoke about Netflix’s Selena: The Series, which debuted last month. He said the series sheds more light on how their family played a part in Selena’s success. A.B. was Selena’s primary producer and songwriter and Suzette was the drummer in her band.

“It would be great to see the whole family [accept Selena’s award],” A.B. said. “As people are seeing in the series, this was a family effort. A lot of people are in shock going, ‘Whoa A.B.! We didn’t know you were the guy that wrote the hits and you wrote the music and you had so much pressure on you.’ I’m very grateful for the series and for people learning from the series.”

The Grammy Awards will air live on CBS on Jan. 31. Selena received a Grammy Award in 1994 for Best Mexican-American Album for Selena Live!